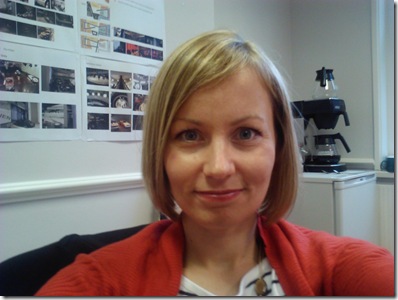 So I've joined the team at Red Badger, and now that I'm 2 weeks in I thought I'd share some musings. For those that don't know me, I'm the new Director of Client Services, which means I'm going to be responsible for all things business development, account management, marketing and  generally helping the team to grow the business. And refreshingly, that doesn't just mean "make as much money as fast as possible", but rather focus on interesting, value-adding work which plays to the company's strengths - use of cutting edge technologies, blended UX and delivery teams, innovation and creativity. So I've spent a couple of weeks settling in and doing all the things you'd expect. I've been getting to know the team, meeting some of RB's very impressive clients, telling some of my own contacts about the company's capability, and the thing I've spent the most time on so far is drawing up a business development strategy for the company. This is still a work in progress and needs lots of input from the founders, but it's starting to take shape. One of the things I love about smaller companies is you can be creative, unconstrained by history and structure, and just come up with some great ideas and go after them.

Here's what I've noticed so far:

The focus - the guys who set up the company are friends I've worked with in the past - they were always outstanding and focussed but doing their own thing has amplified this, and their commitment has rubbed off on the entire team. Everyone's top quality, really into it and switched on. And how many consultancies can you say that about?

The team feeling - usually there's at least some friction between the UX guys, the developers, the project manager etc. Not here. Everyone seems to instinctively, and through experience, get what each other is trying to achieve and they can genuinely work together. lovely.

The techy-ness - whilst it's integrated and design focussed, this is a very technical company. The guys are forever trying new things, just to see if there's a better way, which really pays off.

So I'm excited, which is a good place to start. The work we're doing at the moment for customers is very exciting, the focus areas for the next 12 months are pretty cool, and some of the new product ideas the team are thinking about will blow your mind. But more on that stuff later. For now it's just "hello, I'm here, taking it all in, liking what I see so far....."