XPF to be open sourced 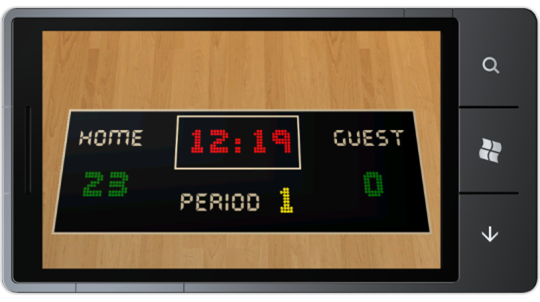 Way back in 2010 we announced the public beta of a new framework called XPF, a layout framework for XNA.  It enabled WPF/Silverlight style layouts to be created in XNA solving the pain point of doing 2D layouts in XNA.  It was built from the ground up in pure XNA, supported data binding, attached properties etc and came with a bunch of out of the box controls like Button, Border and the always popular Grid.

We were working on a project that had a huge amount of 3D and 2D content and as such was the test bed and, if you like, the thing driving the backlog of XPF.  We were also planning to productise XPF and sell licences so that others could use it in their products and we could make a few quid.

Two things happened.  The project we were working on fell by the wayside and Microsoft announced that they would allow you to combine Silverlight & XNA on the next version of Windows Phone 7 OS.  The impetus for XPF was lost and, as is often the case with start-ups, our attentions were focused elsewhere.

Where is XPF now?

The code for XPF is still sat in a private repo on github.com.  We really did do a ton of work on it, as you can see from the numerous blogs we wrote as we went.  There are literally hundreds of BDD specs covering every aspect and thousands of lines of code goodness.

We still get a lot of interest in XPF and pretty much decided months ago that there wasn’t the market to really productise it, so would instead turn it over to the open source community.  We didn’t really want to just flip the switch, make it public and slap an open source label on it however – we wanted some form of curation.  After all we’ve put a lot of our time and effort into the codebase.

In February I started chatting to a Jaco & Jonathan in South Africa about what was happening with XPF and to cut a long story short, we’ve got to the point where they have agreed to shepard XPF into the open source arena – with some help from us of course.

Jaco, Jonathan & I have just had our first Skype call together to get the ball rolling and over the next couple of weeks they’re going to get the code base updated and ready to go public.

It would be great to see XPF brought back to life and to provide real benefit to those who’ve shown interest in it over the last couple of years.  We’re not totally sure how the project will pan out and obviously it’s early in our working relationship – but hopefully we’re moving in the right direction and together we can open up XPF to everyone!