Lenovo and the Informal Economy 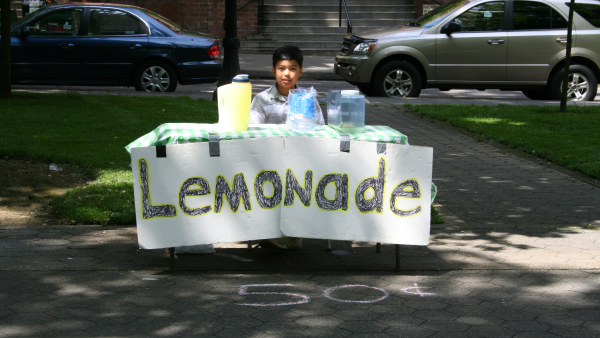 A few months back I attended a talk at @fluxXstudios by Ted on the Informal Economy.  Wikipedia defines the informal economy as “a broad term that refers to that part of an economy that is not taxed, monitored by any form of government, or included in any gross national product (GNP)”.  Many of the examples Ted gave were of developing economies where practical people see practical opportunities to improve something and, as a by-product, make money.  The appealing nature of these examples is how simple and direct the solutions often are.  In townships where roads are nothing but mud tracks and moving stuff around in hard, innovation means creating a wheelbarrow with a larger tire that makes it easier to move in muddy conditions.

The informal economy is far from the preserve of the developing world however and can easy be observed on sites such as eBay and Etsy.  A group of people making their livings by dealing directly with their customers, generally without the assistance or interference of government regulation (or tax) and who live or die on the demand for, and the quality of, their product.  As with the innovation in the developing world, the rules of the game are ultimately the same - find demand that is being unfulfilled and fill it, the difference however is that the demand in the developed world is often born out of inefficiencies in large corporates. 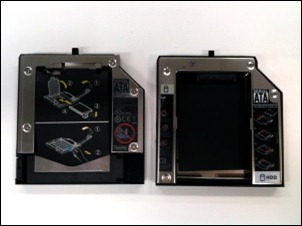 My ThinkPad has a swappable expansion bay into which you throw an extra hard-drive.  I've ordered 2 different "official" drive bays direct from Lenovo over the last year, waiting weeks for delivery each time.  The first didn't fit properly, the second doesn't securely hold the drive without additional fittings that you can't order.  Hop onto eBay however and you'll find a whole industry of people manufacturing their own bespoke drive bays that cost a 5th of the price, ship quickly and fit perfectly.  Mine arrived from China this morning and has already replaced it’s inefficient counterpart.

There are rather satisfying parallels in the informal economy with the start-up philosophy.  Build something, give it to people, assess demand, get feedback, improve, repeat.  Out here in the real world, real economics applies - if you're producing a crap product, no-one will buy it, you'll get bad reviews and eventually you have to adapt or die.  The quicker you can adapt, the quicker you satisfy the latest demand and more successful you are.

In the developed, regulated/corporate, world we've been extremely effective at building in so much process to our decision making that innovation and passion are often trampled out of existence by the time an idea might get to the point of being implemented.  The biggest limiting factor to success is not starting something.  I think this is something I've learnt over the years - if you've got an idea that you think fulfils a demand, then prove it.  If it turns out you were wrong, no worries you'll have other ideas.  If however you were right then you can figure out how to make the idea better, more efficient more profitable after you've first proved the demand exists.  And fulfilled demand = win.