The influence of Systems Thinking on Agile practices

If one should do a word cloud out of the Agile literature one word that would be big and bold is 'pragmatic'. It is the essence of Agility, which is a response to prescriptive methodologies elaborated far from the reality of the field. However pragmatism, extracting intelligent practices from experience, has a limit: these practices are contextual. For this reason some Agile practitioners and thought leaders would like to see one or more theories underlying Agile practices. Not that there is a need to justify Agile, countless success stories are sufficient, but because with theories comes understanding and the ability to apply them differently in different environments. 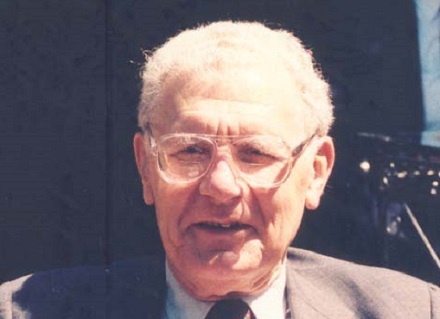 Since Descartes the most common approach to understand systems is to break them down in smaller parts easier to apprehend. This is the analytic approach. While this approach has proven itself valuable, it has an inherent limitation: it ignores the properties of the whole that the parts do not have. It is also argued that the analytic approach produces knowledge (how?) not understanding (why?). Systems thinking is the opposite but nonetheless complementary approach, a holistic approach. A system is a view of the world, composed of at least two interacting parts, which has properties the parts do not have. Different classifications of systems exist, Russell Ackoff proposes the following one based on choice:

For long organisations have been studied and run like mechanical systems (taylorism) for profit generation and then like organic systems aiming for growth, profit becoming a mean. This model still prevails. In both cases parts or subsystems are mechanical, they do not display choice. This is not deliberate but a consequence of the analytic mindset and its underlying assumption that parts of a whole are independent. It is not even a bad idea, humanism put aside, in an environment where members of an organisation are expendable and where there are more opportunities for growth and profit than the organisation can handle.

However it is not the environment of organisations nowadays, these models are obsolete and system thinkers see this mismatch between model and reality has the source of many organisation’s issues. Typically mechanical parts perfectly fit together. Just like Sales and IT ? Not really.

Indeed when both the parts of a system and the system itself can display choices, the complexity of the system raises drastically. This is when systems thinking really comes into play. If analytic thinking is the reason for many system failures, then analytic thinking should not be used to address these failures. As Einstein stated: "We can't solve problems by using the same kind of thinking we used when we created them.” The answer is systems thinking, which is a synthetic rather than analytic process and explained as follow by Russel Ackoff:

2) Explain the behavior or properties of the containing system

3) Dis-aggregate the containing system so as to identify the role or function within it of the system to be explained."

Based on this approach, Russel Ackoff developed a new kind of planning called Interactive planning, which is  based on the idea that the future of organisations depends as much on the actions of organisations in their environment than on the effects of environment upon organisations. Interactive planning has two phases: idealization and realization. Idealization consists of identifying two elements, the ‘mess’ and an ‘idealized design’. Systems need to adapt to their environment to survive, therefore systems contain the seed of their own destruction. Should they freeze in a changing environment, they would die. Formulating the "mess" is about finding this seed. This seed is likely to be not only one problem but a set of problems. Problems rarely appear in isolation. Once the mess is formulated, systems thinkers know what not to do, what they want to avoid. However, effective management is directed at what one wants, not avoiding what one does not want, thus the need for an "idealized design". It consists of imagining that the systems you want to improve has been destroyed and that you can redesign it with only three constraints:

1) it has to be technologically feasible,

3) able to continuously learn and adapt.

The realization phase is about filling the gap, getting closer and closer to the idealized design. Interactive planning is continuous and iterative. Working backward from where you want to be to where you are, reduces the number of variables to be considered, it is the the best way to ‘beat the system’. (e.g. if Wimbledon starts with 65 players, how many games will be played?...think about it...If you took the problem from the front you are still searching, if you took the problem backward:1 winner, thus 64 losers, thus 64 games).

This is obviously not a demonstration that Systems thinking underlies all Agile practices. Nonetheless we can recognize in Systems thinking many Agile key concepts such as iteration, continuous planning, importance of people, non-controlling leader and importance of interactions, to name a few. Hence, it is not pushing inductive reasoning too far to assume that what Russel Ackoff showed at the level of an organisation is also true at the level of a team. Also I am not sure if approaching problems backward is directly related to systems thinking although encouraged by Russel Ackoff but it seems somehow related to TDD.

Now if you wish to appreciate the power of theories and see systems thinking applied to other fields than management, for instance the work of Marvin Minsky on cognition is fascinating.