So as day one closed we were ready to get our heads down into hacking some code and try to produce something we could release.  We broke up the responsibilities for UX, creative and technical tasks to the relevant roles.  As I mentioned in day one we had chosen a technical set that was mostly familiar.

A problem did arise in the fact we had decided to go with Backbone.js and Marionette, not a problem with the framework itself but the fact we were not so familiar with its inner workings.  I have to say that it wasn't the best choice to go down with for the event i.e. a single page application route using a technology we had little experience with at the time.

It was challenging but we did make some great progress in the morning.  Authentication was up and running with Facebook along with the ability to post content.  Haro did some sterling work in getting MapBox integrated into the application to display hotel details in around the Las Vegas area.  The hotel data itself was to be added manually (I had collated the hotel details the night before in a Google Spreadsheet) but obviously this wasn't the most ideal solution but for now it would suffice. 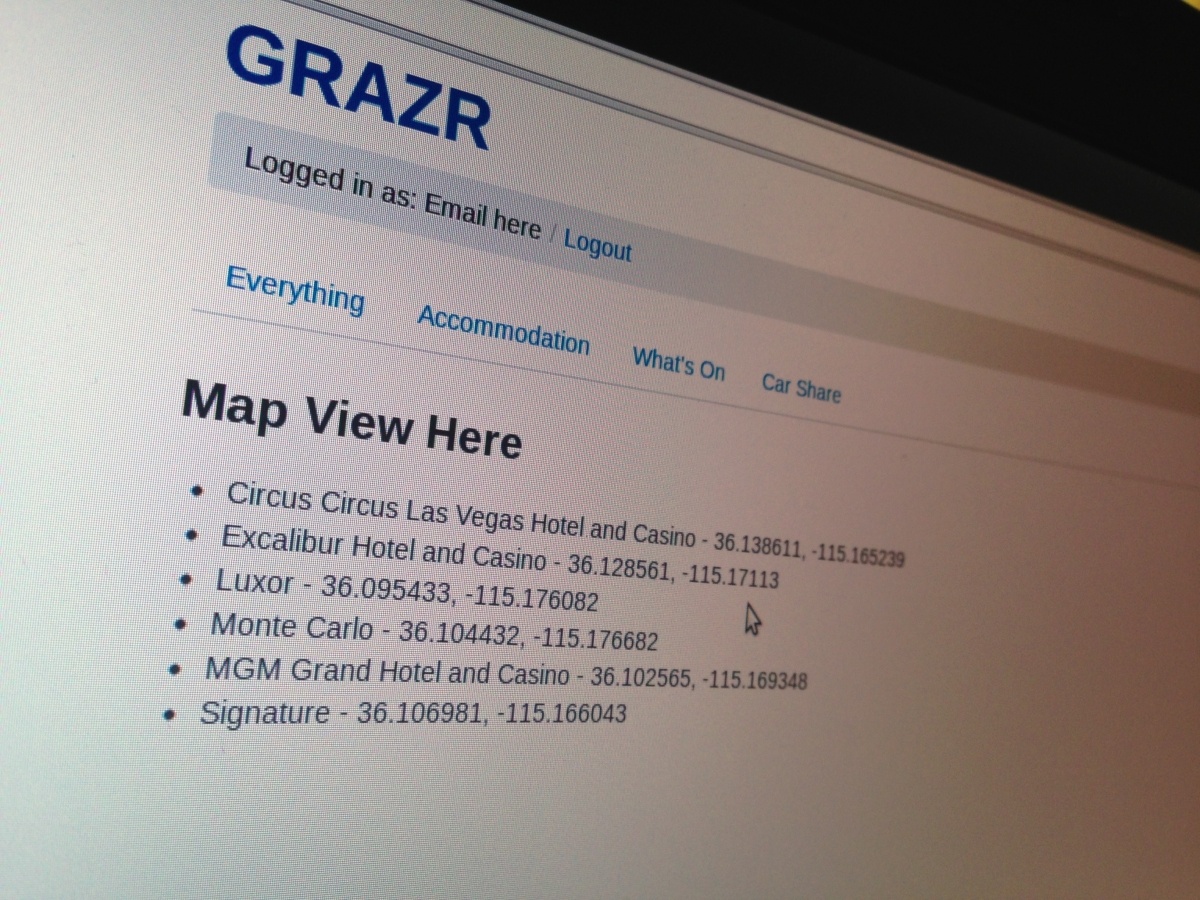 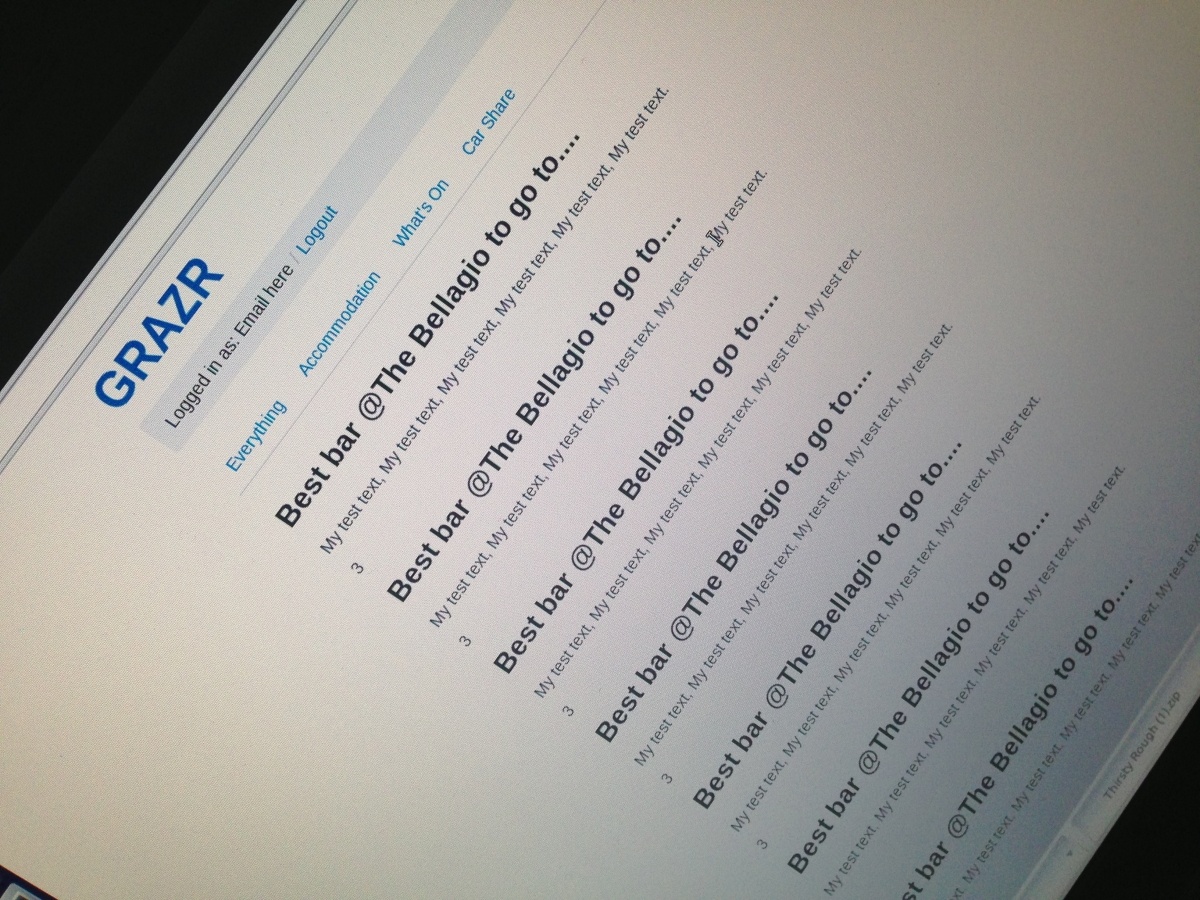 As lunchtime came about we decided to get the team together and go to the local pub for some well deserved fish and chips.  After a few pints and a bit of banter with team we got back to it and continued hammering out as much as we could.  Sari got her magic wand out and managed to come up with some branding in no time at all, working with Samera the UX was also really taking shape. 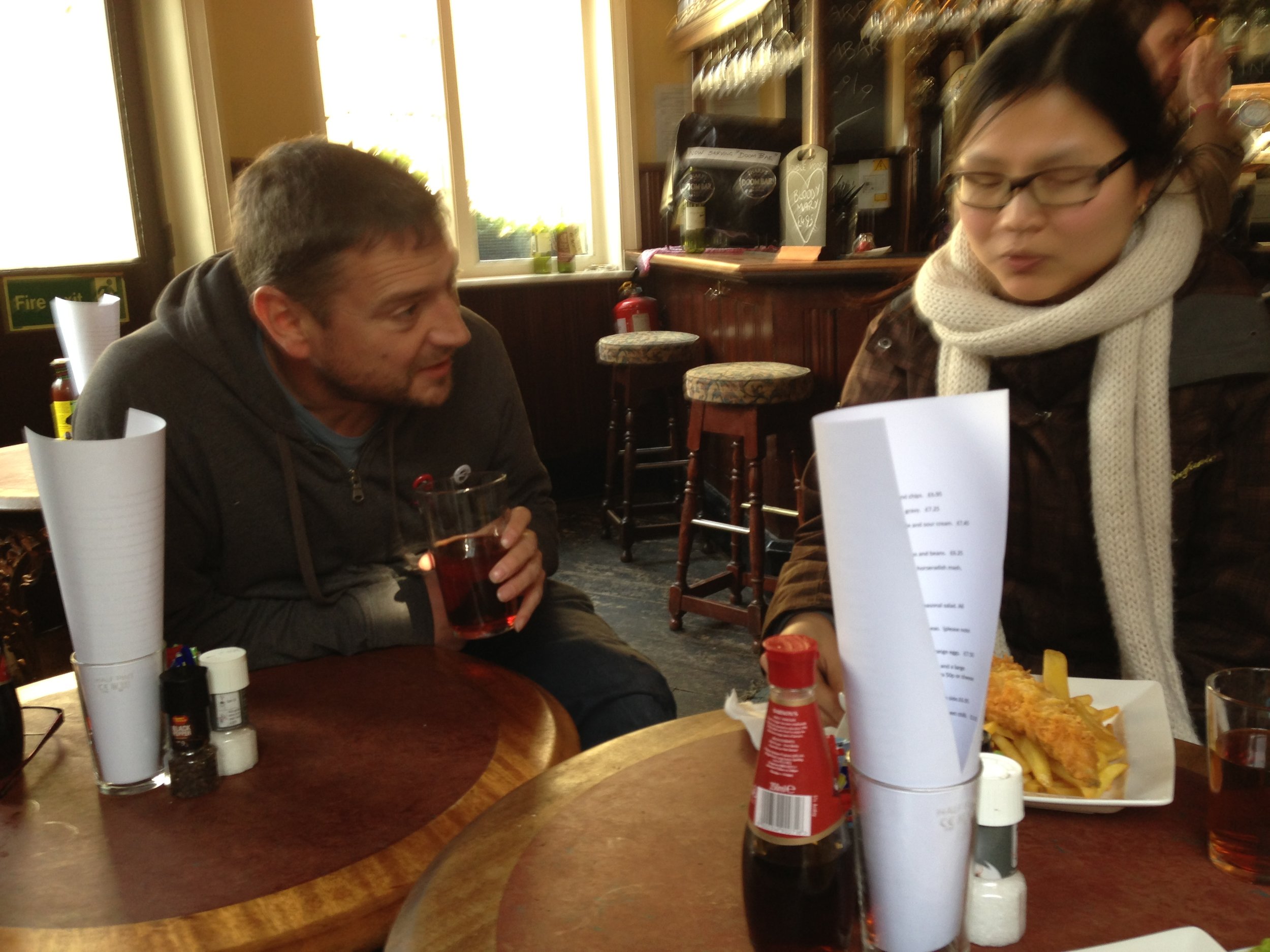 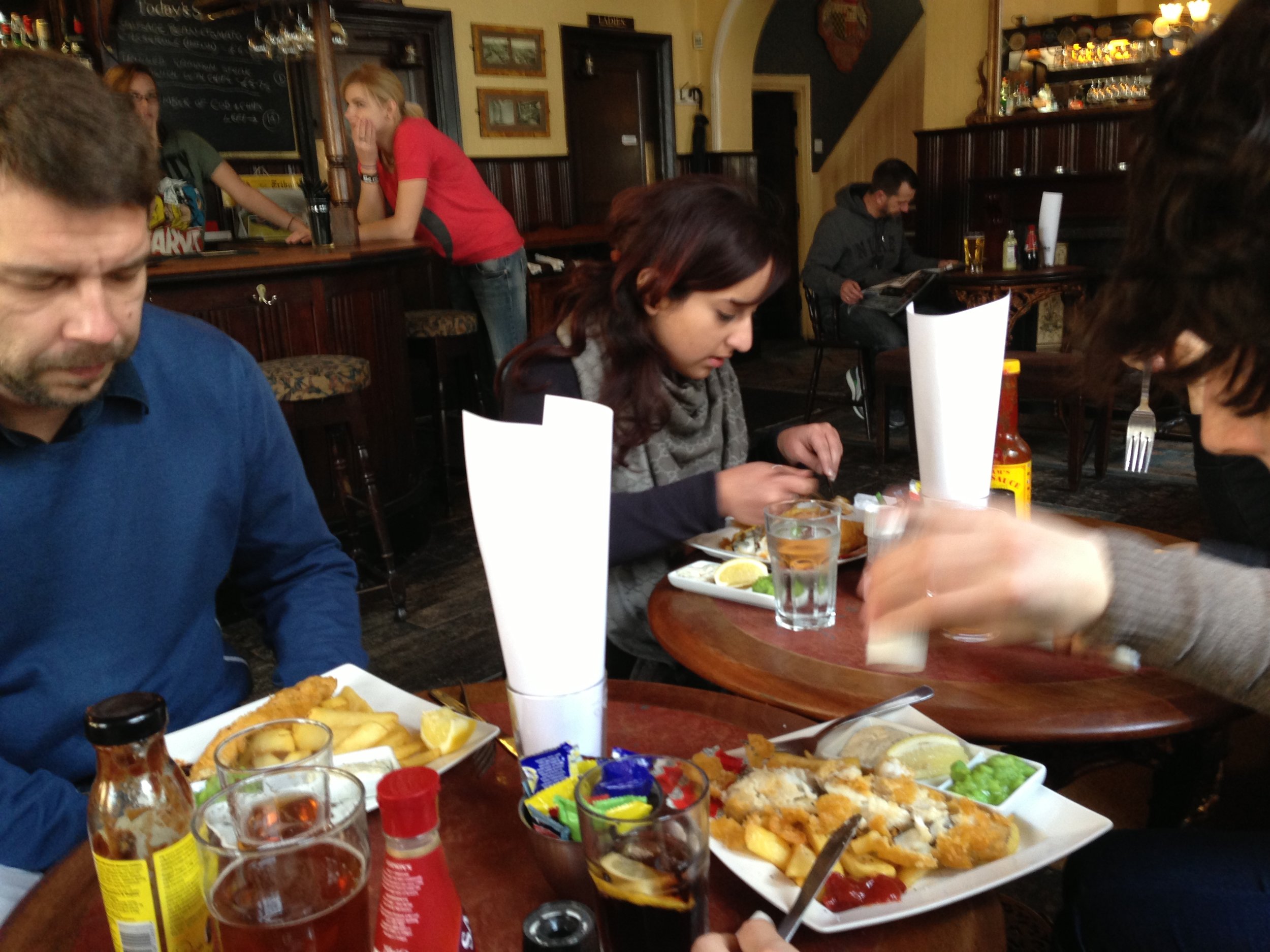 All in all were coming to the end of the afternoon and it was apparent as much as we tried we were not going to get a completed application out of the door this time.  This was mainly due to trying to create a one page application with new technologies as previously mentioned.  I would safely predict that if we had gone down a standard web application with the technologies we have used many many times before in projects we may have got it out of the door.  Having said that we now have good knowledge of Backbone.js and Marionette to allow us to judge when or when not to use it in future projects.

The event itself to me was a success and I have mostly gotten what I wanted to really jump start the application to get something delivered.  The biggest downside I had after the event was losing the vision of delivering a true Minimum Viable Product.  This is something I need to work on for future events and any ideas I want to deliver in the future, "it's all about delivery" and at the moment the phrase "close but no cigar" comes to mind.

It really rams home what / why people say single member teams rarely succeed due to not ever ending up shipping their products.  An example of integrating yelp! really steered me off track and I have ended up adding more features that I could of left out to deliver grazr earlier. 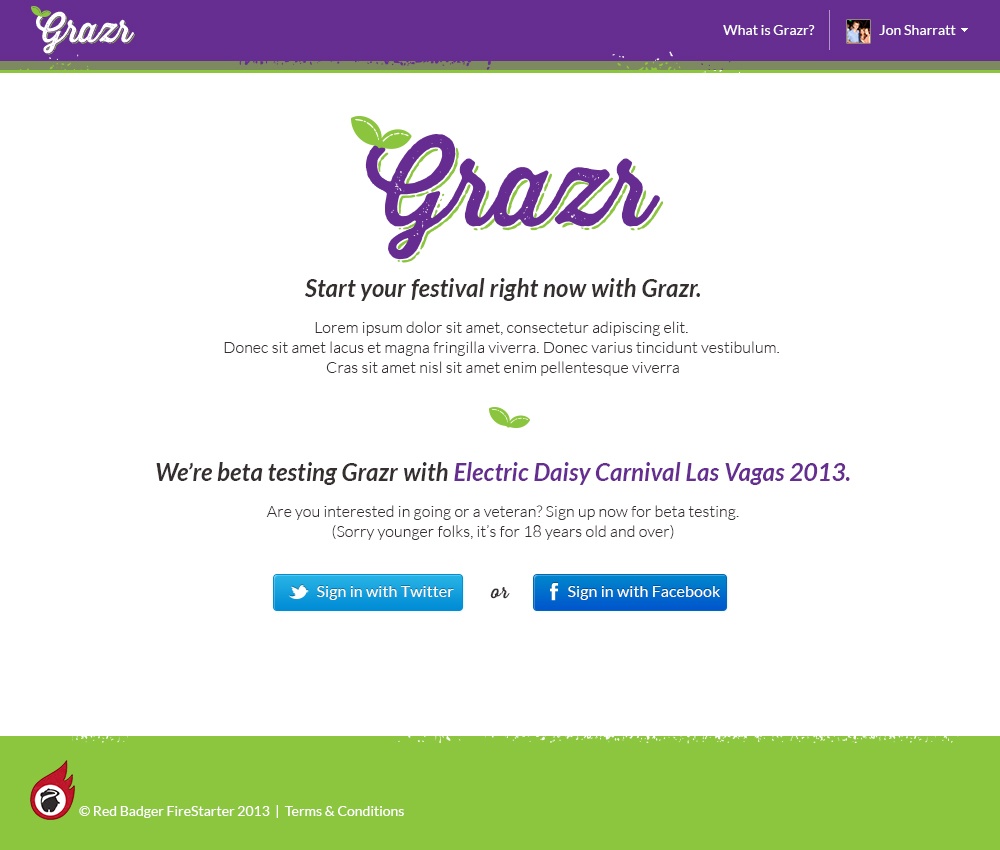 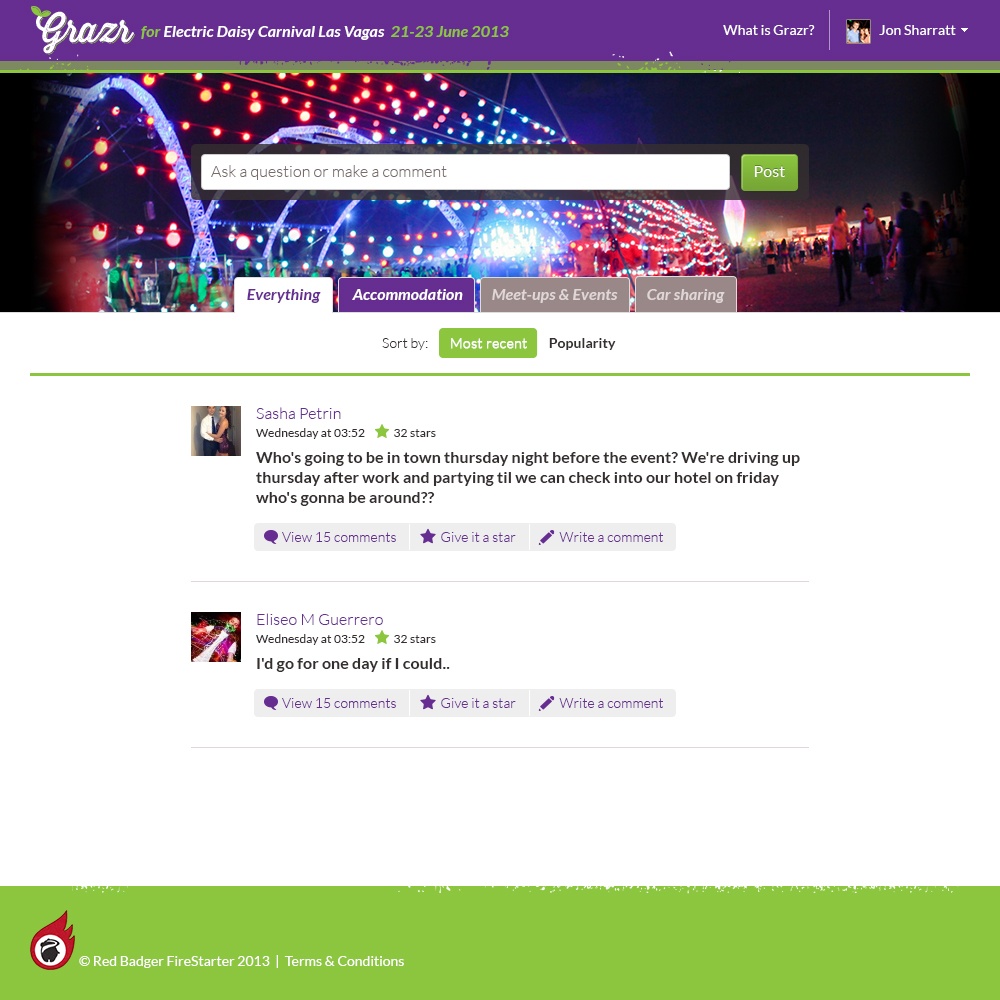 What I need to do right now is literally get the last bits of functionality delivered and delivered fast, I am in what I would call a "lingering phase" and if left to linger too long grazr will rot away.  It needs to be out there for the world to see, it is the worst position to be in as I can't even say "I tried and failed" as no users have even tried the product at the moment it is just that "I tried".

I intend to follow this up next week with the launch of grazr, and hopefully some statistics on what happens with users I send it out too.

If you are interested in one page applications the guys over at airbnb are doing some very interesting things with Backbone.js to allow client and server side rendering of templates for single page applications (see blog post here).

The full technology stack we ended up using was as follows: