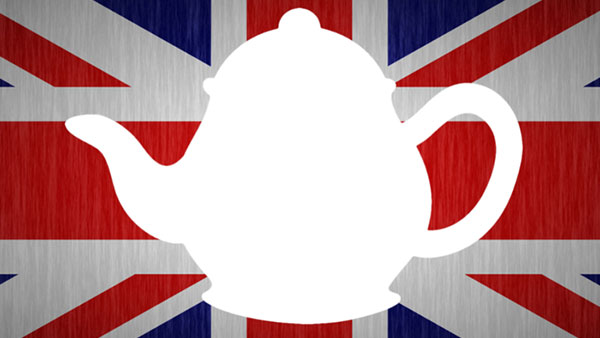 If there's a common theme from the popular London Node User Group evening meet-ups, from which the Great British Node Conference has evolved as a full day event, it's that the Node.js ecosystem appears to be approximately 50% useful production tooling and 50% wonderfully insane hacks - with both sides of the personality aided by Node's asynchronous nature and ability to process data I/O very quickly.

This ratio felt like it was also borne out during the conference, the first big event to be held at the brand new Shoreditch Works village Hall in Hoxton Square. The event space itself was great; fashionably minimal with rock-solid wifi and on-site coffee shop. The only slight niggle being that the low ceiling height meant the presentation screens became partially obscured by those seated in front, but with two projectors on the go you could usually get a clear view of one.

So, on to the talks. As mentioned there was a definite split between "useful" and "wtf?" and also between micro and macro ideas. Paul Serby of Clock kicked off with a review of his company's experience of Node in production use for clients over the last 3 years, which was high level but a great introduction to the philosophy behind adopting Node and some of the successes and pain points along the way. It was interesting, and pleasing, to see that their journey has been similar to our own switch towards Node at Red Badger with many similar learnings and changes to our respective programming styles.

Performance was a big theme of the day, both in Paul's overview talk and in examples much closer to the metal, such as Anton Whalley's forensic examination of a memory leak bug in the node-levelup module (a wrapper for LevelDB). Usually hand-in-hand with mention of performance was the use of dTrace - not a Node tool in itself but a very useful analysis tool for discovering how applications are running and identifying the source of problems. The overall picture from this being that while Node can offer great performance advantages, it can also be prone to memory leaking and needs careful monitoring in production.

Other talks at the practical end of the spectrum included Hannah Wolfe on Ghost, a new blogging platform built on Node which is looking like an interesting alternative to Wordpress and after a very successful Kickstarter campaign to raise funding should be available generally very soon. Tim Ruffles also took us through the various options (and pitfalls) to avoid the callback hell which asynchronous programming can often fall in to. There are a few useful flow control modules available for Node already, but as the Javascript language develops native features to help with async flows - known as generators but acting in a similar way to C#'s yield - will start to become available both in Node and in browsers as they adopt ES6.

Over on the hack side, we were treated to the now obligatory sight of a Node-driven quad-copter drone crashing into the audience and then a brilliant demonstration by Darach Ennis of his Beams module, which attempts to give compute events the same kind of streaming behaviour that I/O enjoys in Node. The key difference being that compute streams are necessarily infinite, and the Beams module allows you to filter, merge and compose these compute streams into useful data. The demo was topped off by an interactive light-tennis game adjudicated by a hacked Robosapiens robot which not only reacted to the gameplay but also ran the software which drove the game.

Probably the highlight for me, although its relation to practical application at work was close to zero, was Gordon Williams talking about Espruino, a JS interpreter for micro-controllers. Running at a lower level than the well-known Raspberry Pi or even Arduino boards, micro-controllers are the tiny computers that make all the stuff around us work and typically have RAM measured in the kilobytes. For anyone who ever tried to write games on a ZX Spectrum this may bring back memories! Gordon showed real-time development via a terminal application, also hooked up to a webcam so we could watch him create a pedal bin which opened based on a proximity sensor. Maybe not useful in my work at Red Badger, but I could instantly see loads of applications in my personal interests and thanks to the immediate familiarity of being able to use Javascript in a new context I'm definitely going to look in to Espruino some more.

Overall this felt like a conference where delegates were looked after probably better than any I've been to for a long time, with plenty of tea and biscuits, great coffee and chilled water on hand and a catered lunch and evening meal nearby. Whether this was down to the smaller scale of the event (around 150 attended) or the care and attention to detail taken by the organisers I'm not sure, but either way I came out of it feeling enthusiastic for Node (both practically and hackerly) and eager to go back next time.