Before we could see anyone or do anything we had to pay a visit to the local government. Devolution is massive right now in Kenya and as a result the local government needs to know everything that is going on in the county. We sat down with a local leader and explained what it is we were intending on doing in his county. Nyeri County. or NYC.

Full background check and 90 minutes later we were free to continue with our business with his aide by our side. Now 5 of us in total and 2 cars we headed to our first makeshift lab. 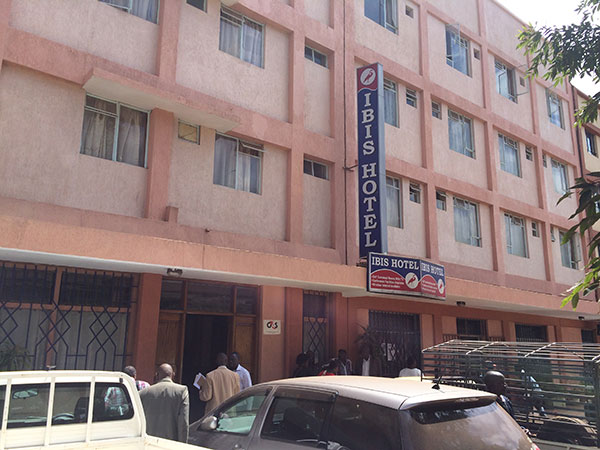 We went in to find a group of 13 farmers eagerly awaiting our arrival... 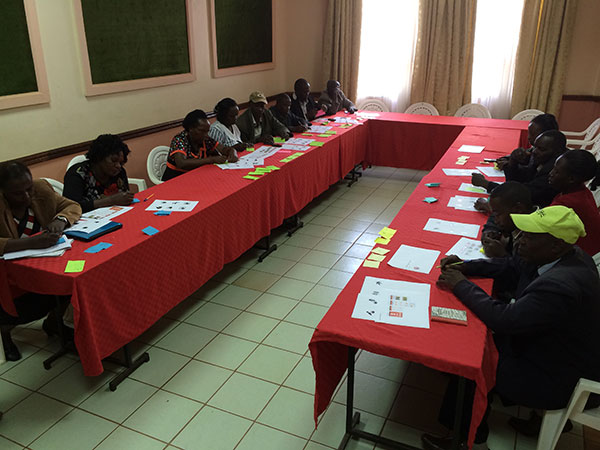 This is a group of farmers who are excited at the prospect of technology and how it can help them make more money. They come from coffee and tea plantations and are a mix of workers, leaders, old, young, male and female. The typical farmer in this part of the world owns a feature phone, uses SMS and pays for their goods on whats known as MPESA. MPESA means 'money' in Swahili and is rural Kenyas leading method of payment for goods. Technology growth here is phenomenal. The current 50% that have smart phones is growing all the time and within 12 months that figure will likely be more like 90% at least.

The group was extremely receptive and after a bit of warming up we soon had the whole group sketching ideas like it was second nature. After a short break for tea (local of course) we passed the phones around for the demo. The amount of people who turned up to the session meant that people had to pass phones around but that seemed to work well as it encouraged collaborative working and discussion.

They were so impressed that they could choose the language as most of the websites they frequent do not translate in to Swahili. It was interesting to watch how some of the older farmers were interacting with the phones and was clear that for one or two, it was probably the first time they had used a smart phone.

Here a some other interesting points that came out of the session:

At the end of the usability session we had an open forum for feedback and had an extremely positive response. Even accounting for the Hawthorne Effect it seems that we are on the right path to producing an app that is as engaging and helpful as it is intuitive.

At the end of the day it was time for us to go and witness first hand how the app could be used in their day to day business on their farms.