Africa road trip: The challenges for app design and development

After speaking to over 50 locals about the Haller app, making reams of notes, taking over 600 photos and shooting 25 videos of usage and interviews, we are now a few days away from boarding our flight back to Blighty.

Coming to Africa to test a prototype was always going to be as much about the technology available to the people as it was about the usability of the app itself. Dr Rene Haller has been in Africa for nearly 60 years demonstrating how to turn waste land in to rich land that can yield provisions for a family of 5 without ever having to rely on external aid. During the past week we have met the community farmers who his work has had a direct impact on. The app, that has been created in a collaboration between Pearlfisher and Red Badger is showing great potential to bring the information directly in to the hands of the grass roots famers. These are some of the hurdles we are seeing: 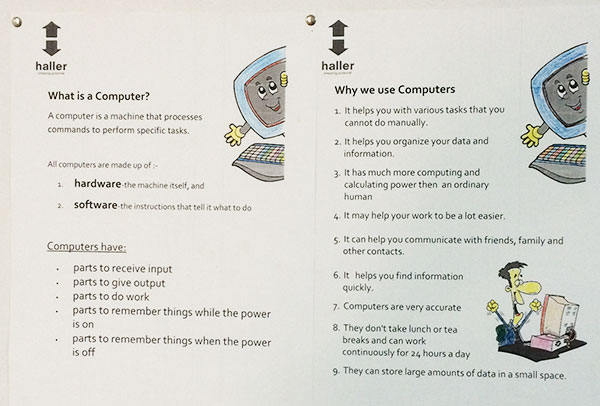 how to use computers poster

Some of the farmers we are speaking to, before our demos, had never accessed the internet. This means learning what it means to have internet access has to come before using websites. For some of these people, the whole concept is new. The Haller project includes a technology learning centre that is being used to train the locals on the basics of internet use. In order to improve the experience for these people it will be important to offer regular training sessions to build confidence in what for some is a brand new technology. 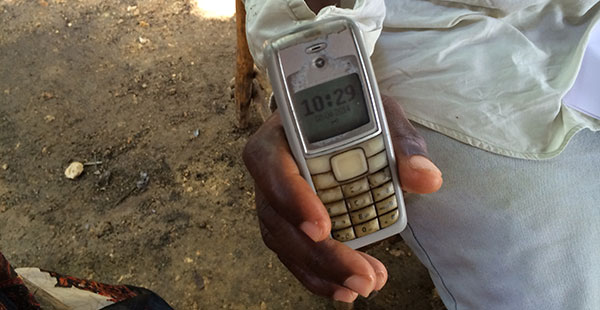 The people we are speaking to, generally,do not have smart phones. We are finding that the majority of our target users have feature phones that are incapable of accessing an HTML website. This is a potential blocker for the adoption of a mobile app! A question we need to consider is how long we wait before saturation of smart phones reaches critical mass? and are we able to get this information in to the hands of the people within the current technological constraints? We have been discussing some of the solutions to make this happen, from the use of community group leaders with smart phones and word of mouth through to SMS based messaging and IVR (interactive voice response) systems.

Although English is the first taught language in Kenya, there are 42 different local dialects. We have spoken to groups covering just 2 - Kikuyu and Mijikenda. The Kikuyu people are the largest tribe in Kenya and also happen to be among the most advanced in terms of agricultural development with seasoned tea and coffee farmers as we saw during our first workshop sessions in Nyeri, north of Nairobi. Less developed rural communities speaking local dialects, such as the Mijikenda will prefer to read their local dialect, although so far we have discovered that our target users all know Swahili, but not comfortable with English.

Despite everybody already having mobile phones, everybody does not have electricity at their disposal. As we all know a charge of an older feature phone can last for days at a time, but smart phones tend to use a lot of energy. This does not stop at smart phones. Laptops and computers for rural schools suffer from the same issues. Many schools do not have mains electricity - this did not stop the government promising to supply every child in Kenya with a laptop which has currently been put on hold due to inconsistencies in the finances surrounding the program.

Our research and usability testing concludes with a series of meetings that will happen at the dwellings of our target users. The body of feedback and research is reaching 'saturation point', that we are finding similar comments and issues are being raised by different groups of people and are able to form a set of validated recommendations for the ongoing design and development of the application. We'll summarise our findings on this blog in due course.