It is now some time since we arrived back in Blighty after an amazing trip away demoing and testing the new Haller app, designed and built in collaboration with Pearlfisher.

After consolidating our data we have some key findings that we would like to share. The top line is that the app was received very well indeed. As suspected, most people do not have smart phones (but 99.5% of people DO have a feature phone). Community leaders, on the other hand do tend to have smart phones.

In the end we spoke to around 60 people in total over the 2 week period. Qualitative and quantitative methods were used to measure the level of perceived usability of the app that has allowed the team to understand where the focus needs to be made during the coming weeks and beyond.

Most of the community farmers under the Haller outreach program in and around Mombasa do not regularly access the internet. In fact, most of them had never accessed the internet. The tea and coffee farmers, however, based north of Nairobi had more exposure. These are some of the websites visited by a minority that came out of our discussions. Yahoo, Google, Skype and Facebook were all scoring high on the mentions among internet users followed by a small selection of localised websites relating directly to their area of business such as farming, tea and coffee regulatory bodies and government websites.

Kenyas answer to Silicon Valley and Tech City London is Konza City a development outside Nairobi. There is by no means any doubt that there is a thriving technology scene in Kenya and the enthusiasm for new technology has spread to all areas of rural Kenya. The biggest hurdle, it seems, in preventing the early adoption of technology is infrastructure. For example, some of the farmers we spoke to did not have electricity to charge their own phones themselves, instead they had to take the phones down to the local store and leave them there while they charged. 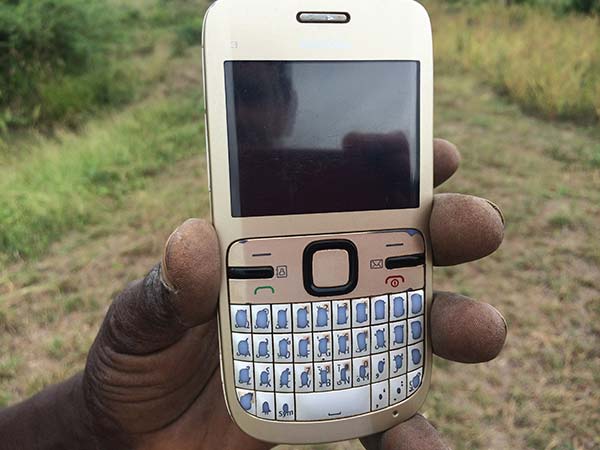 Haller currently trains local village leaders who tend to take the knowledge back to their communities and share the information among the people of their villages. This works well in small and tightly knit communities and is the model that must be adopted initially to make sure that the information on the app is shared across their communities. Adoption of smartphones is accelerating and no doubt within a year or 2 the amount of people with smart phones will out weigh those with older feature phones.

While growth in the number of people using a mobile will moderate over the next 5 years, we still expect 130 million new mobile services subscribers every year to 2017. This means an increasing total addressable mobile for development market, uniquely positioned to use the mobile as an alternative to traditional modes of service delivery

There is some additional work going on in the background to bring the app to a releasable standard so we can put it out to market and watch how people use it. At that point we will be shouting about it from the roof tops so keep an eye out for its release and we'll welcome feedback from all corners of the globe not just the localised part of Kenya we are targeting initially.

Example of one of the farmers playing with the app and making notes about the content!