Responsive Testing on Mobile with Ghostlab and Device Lab

When starting Responsive web development, making sure that a website works on the growing number of phones, tablets and phablets out there feels like a daunting task. The granularity of screen sizes is as such that even just getting a solid core of devices means having a pile of gadgets cluttering up your desk pretty darn quick.

When I was first shown Device Lab, I must admit I was skeptical. It’s just a box covered in velcro, right? It might look pretty but will it actually help my workflow?

I suppose in the most basic of terms, it is “just” that. However, Device Lab is nothing without Ghostlab. When you bring the two together, Device Lab becomes an awesome tool for streamlining workflows and getting different devices tested quickly. It also has the ability to freak out your workmates as you scroll synchronously with 9 devices at once despite them having no instantly apparent connection to one another. 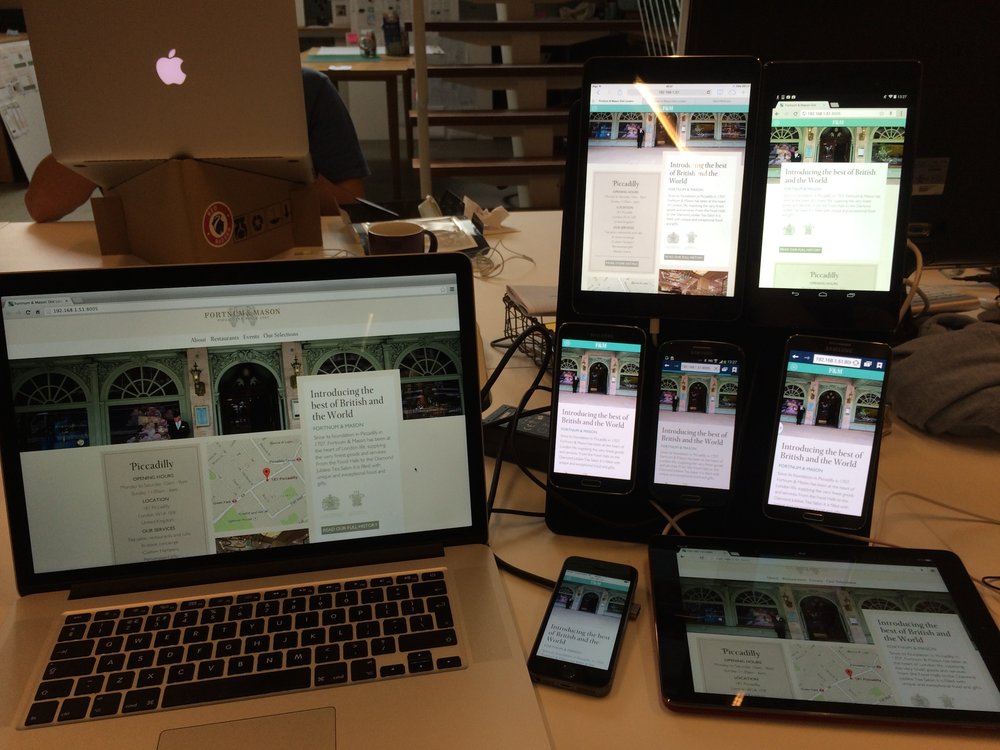 Ghostlab is incredibly easy to set up given the complexity of the task it performs. Simply install, fire up, then drag and drop the URL or repo that you want to test. It’s that easy. I spent a little while searching the Knowledge Base for the point at which it was going to get complicated, but it hasn’t yet.

Once you’re set up with a site to test, the magic begins. There are two ways to deploy the site to your mobiles, either using the IP connected to the site, or even easier, by scanning the handy QR code that is generated within Ghostlab. There are no wires, no awkward configurations, just click and run. After you are hooked up, anything that you do on one device will be replicated on all the others, and it even works intelligently to show the corresponding interactions on both desktop and mobile. 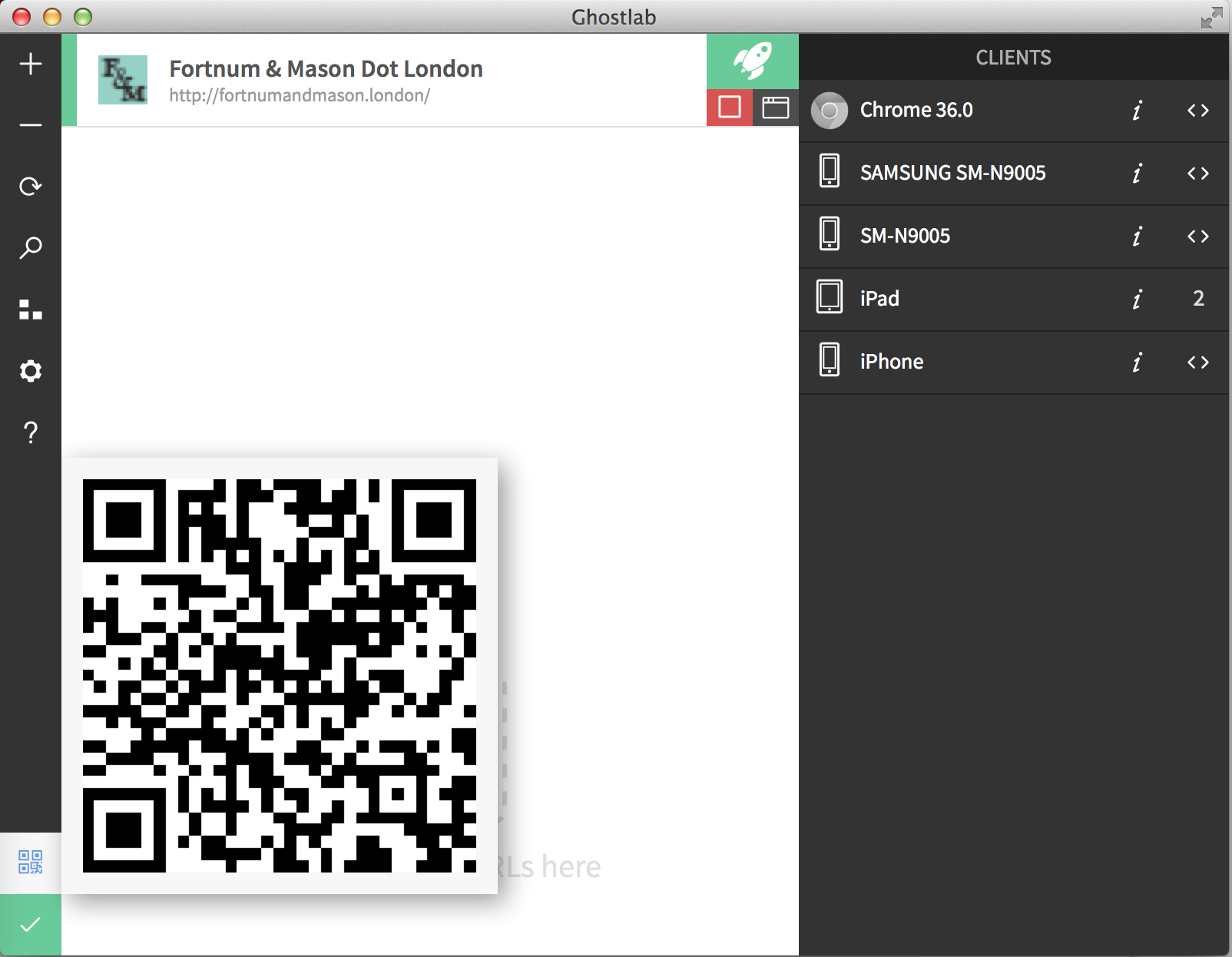 I’m unsure of a limit to devices running at the same time, and of course when running over WiFi it all depends on your connection, but I’ve found that over our work internet I can happily run 7 or 8 devices with fairly minimal lag. This means that I can do a run of tests on devices in portrait mode, then reconfigure Device Lab and run all the tests again in landscape.

Testing Responsive sites is never going to be easy, but with tools like Ghostlab out there we can at least make more headway in order to give customers on all devices a great experience.