The November React meetup was this month hosted by Bloomberg who have been using server-side JavaScript literally before it was cool, running it in production since 2006 – 3 years before Node.js was even born. With the a 100 million line codebase, they are heavily invested in JavaScript. 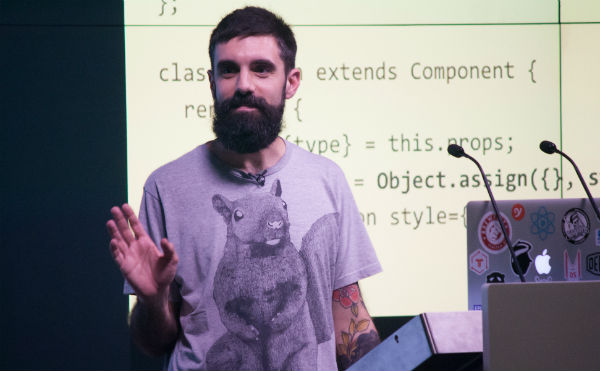 Michele Bertoli kicked off the talks with a controversial topic of inline styles. "Trust me", he said, "I've got the CSS is JS skill on LinedIn". He went over a few tools and pointers to get you started if you fancy venturing into these dangerous waters, most notably:

Radium - a set of inline styles on top of React elements, which fixes a lot of issues that come from using inline styles... but on the downside does not support server-side rendering 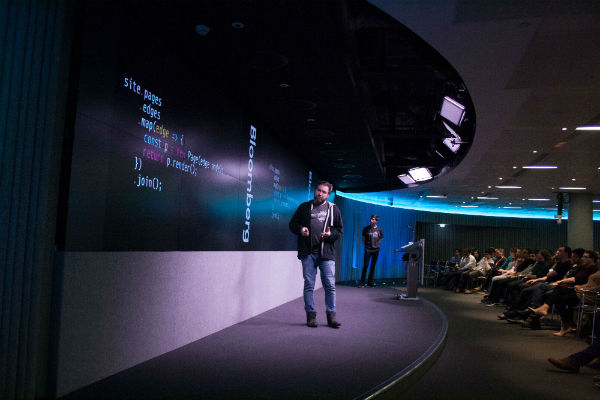 John Maxwell and Peter Horne from Music Glue gave an exciting talk on how they use GraphQL and React to do schema-driven development. They are essentially using GraphQL to render React component layouts.

Last but not least, we had a brilliant talk by Mateusz Zatorski showing us new features of the now stable version 1.0 of the React Router. He admitted that there are quite a few breaking changes in this version so he (bravely!) took us through a live demo of upgrading an existing application from 0.13.x to 1.0.

We're having a break over Christmas so the next React meetup will be in January. Watch our Twitter for updates or join us in our public Slack for more React chatter! See you next year!