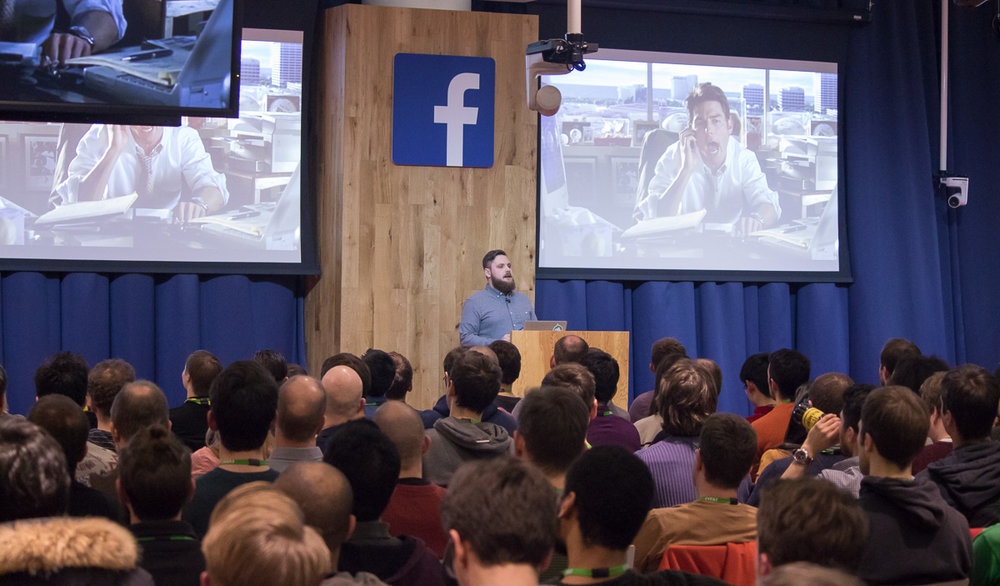 Christmas is over and New Years resolutions have been made (and/or already broken?) but regardless of the sub zero temperatures, 250 developers flocked to Facebook's London HQ for the first London React Meetup of 2016. This month's topics covered React Native, Redux, testing with React & declarative coding with React.

With pizza consumed (110 in total) and beers in hand, our very own CTO took to the stage to kick things off. 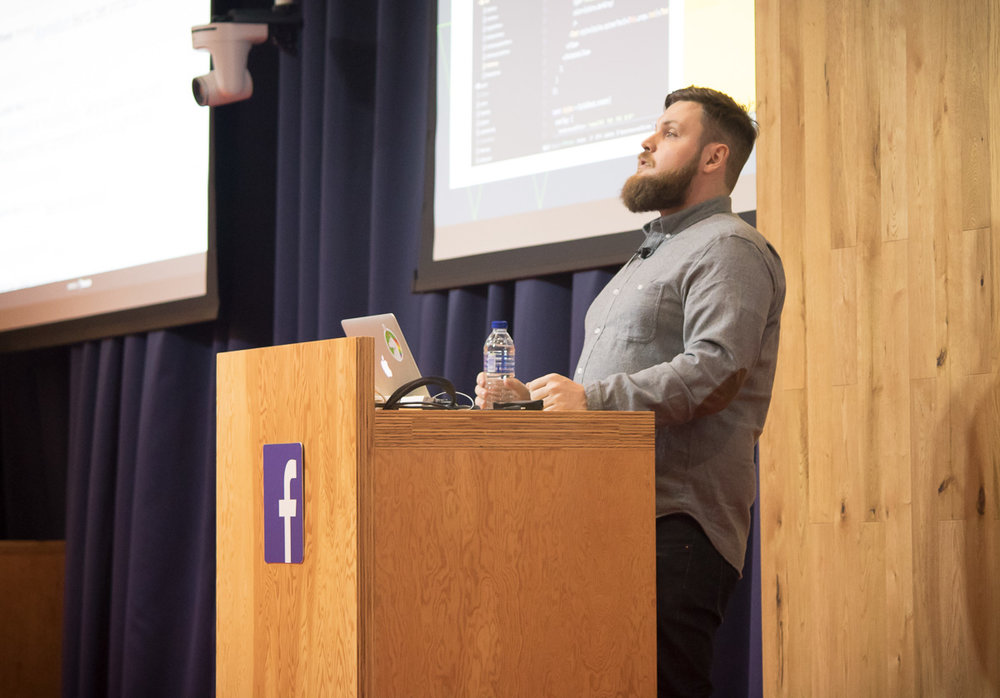 Jani took us through his personal experience at using React Native to build production apps for clients. In a nutshell, Jani informs us that React Native is in a good place and although there are still a few issues you might hit upon is ready for production. Sixty frames/second is apparently easy achieve however more complex transitions might need some tweaking.

He also tells us that it is pretty simple to implement an unsupported native API of 3rd party component even with little to no knowledge of Objective-C. This talk most certainly made me want to kick off my own React Native project! Check out the talk here:

Are you suffering from Selenium-itis? 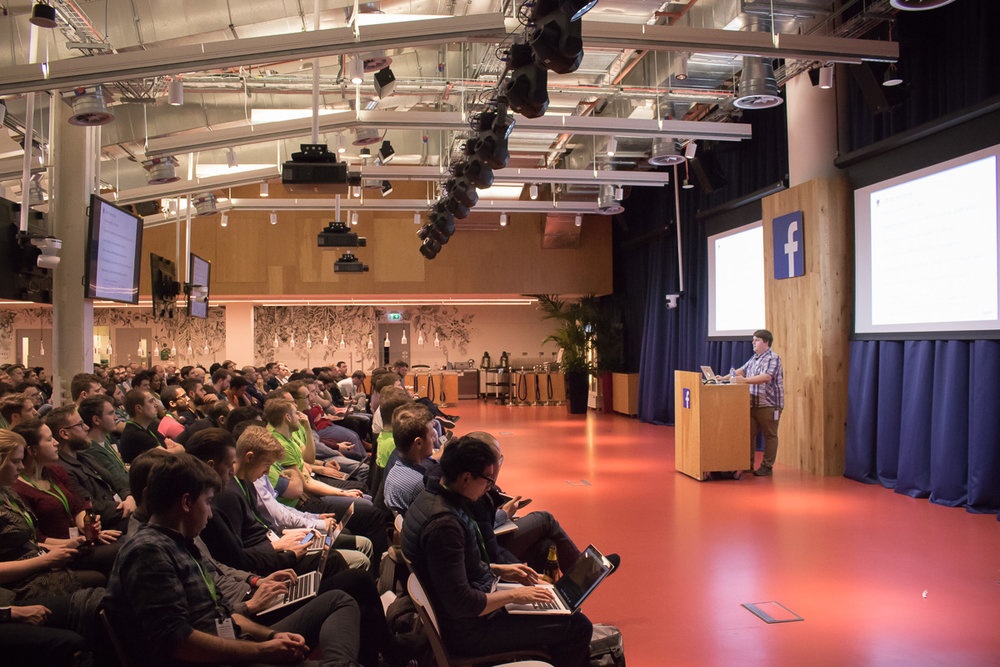 React driver aims to eliminate flaky service timeouts by hooking into your React application using selectors and allows you to use whatever test framework you prefer. As a nice addition it will 'automagically' install selenium-standalone for you so you don't have to go through the pain of trying to do it yourself.

Check out the talk here:

Redux is the next evolution of Flux and comes with dramatic productivity benefits. Jonas covered the Redux way of doing things, demonstrated how he's using it on criticalcss.com, a product he built recently and explained what he's learned along the way.

Check out his talk here: 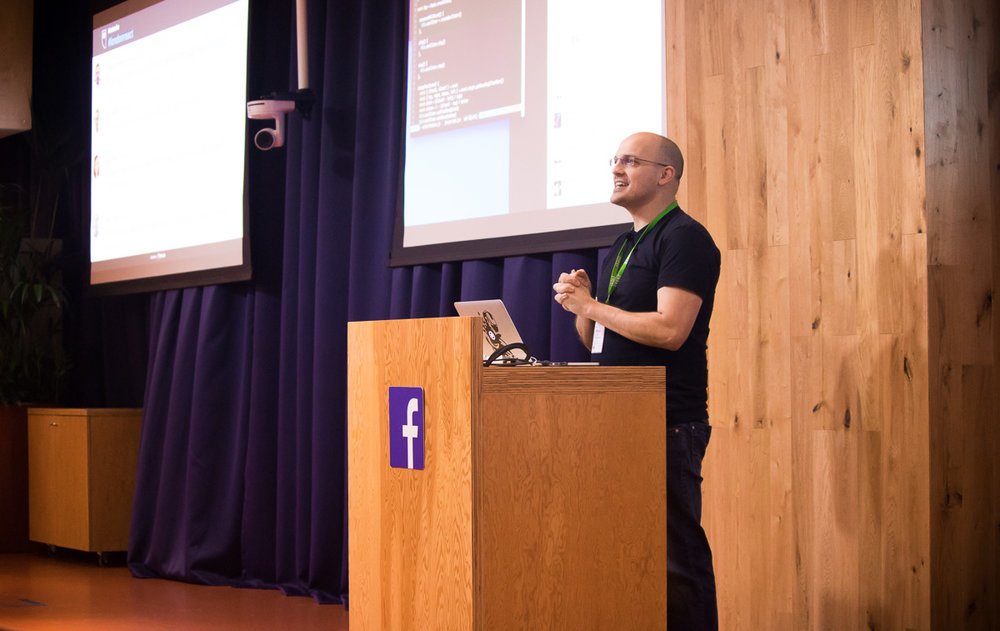 With Ryan unable to make the event Michael took to the stage to deliver an engaging talk on how to write (or re-write) components so that they are way easier to reason about. This uses a really simple app that generates simple and more complex sound waves.

Interestingly he creates components that didn't render any visual UI but generated sound using the WebAudio API. As he pointed out, for internet users who are blind or partially sighted, audio is their main or only UI when using a browser. In addition, these audio components allowed him to quickly iterate on the application during his live demo.

Check it out here:

Thanks to all the speakers for an engaging and educational evening. Also thanks to Facebook for hosting and Alex Savin for the great snaps. In my opinion it was one of the best meetups so far!

The next meetup will be happening in February so keep you're eye on twitter @londonreact for updates as I am sure you're well aware they go super quick.