The horrors of enterprise software 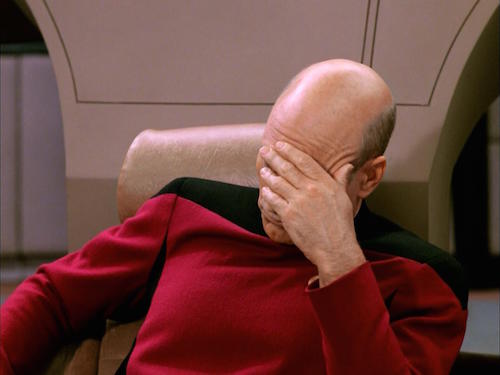 No, not that Enterprise.

When working on any large project, 3rd parties are inevitable. We have worked with companies of all shapes and sizes, from two-man startups to internationally recognised names.

Of course, I don’t have an issue with enterprise companies. I wouldn’t have a job without them. Without the juggernauts driving industry ahead, there’d be no infrastructure for companies like Red Badger to come in and disrupt. However, Enterprise software with a capital E is a different story.

When we’re investigating potential third parties, it can be a never-ending stream of information that becomes quite overwhelming. Yet, we more often than not champion the David over the Goliath. We’ll fight for open source even when working with huge multi-national organisations. So why do this, instead of signing up for packages tied in a neat little bow?

1. Jack of All Trades, Master of None

When looking for new partners, we’re often looking for them to do something specific. For instance, we might need a service that gives us insight into site performance while conforming to certain other metrics. We need a specific product for a specific problem.

With Enterprise software, you’ll probably find a piece of kit that does what you need. However, on top of doing what you need, it’ll also do 73 things that you DON’T need. You’ll undoubtedly need to pay top tier prices to get the element of the software that you want to use, but will then end up also paying for (and supporting) 18 squaddlybits, 7 BRAND NEW doodlybops, and 8 hours a day of dedicated emufarts.

Adobe in particular excel at this, as any designer well knows. Sepia toning, anyone? 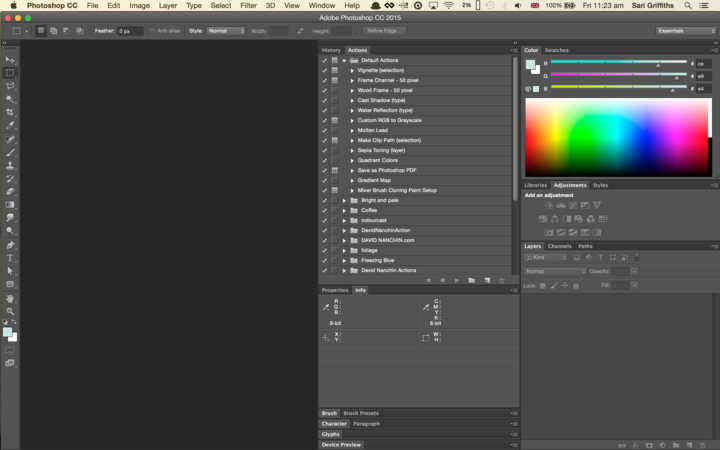 I get it, these are multi-billion dollar ventures. They make their money selling big companies big software.

However, paying for so much unneeded functionality can sting even the most affluent companies. For every base level charge, there’ll be a service charge or per user expense. One piece of software will cost you thousands upon thousands of pounds every month. The idea is that because it “does everything” it’ll be the only piece of software you’ll ever need.

However, I’ve yet to experience working with a company where one piece of software truly does everything they need. They’ll have two or three of these unwieldy Enterprise solutions all daisy-chained to one another, only working together through sheer force of will. Which brings me to the next point:

Want the button the lets you view the price history of an item? Well of course, you simply need to:

When software does “everything”, good UX has a tendency to go out the window. With high-paying, high-power clients, you give them what they want. Because different companies want different things, you end up with a Eshceresque nightmare of seemingly randomly-named fields and buttons. They all made sense when they were being built, but they have no context as part of the bigger picture.

When you rely on one system to do everything, it essentially means you have one giant point of failure. No matter how obscure or complicated your problem, it will largely end up being dealt with by the same support team. While their knowledge of the product will be deeper than yours, they can’t possible know it inside out. So change will be slow, and often painful. Unless you’re paying top dollar, you won’t be able to get a bespoke build that fits to your requirements. Instead you get Frankenstein's monster. It all holds together, and it works, but a lot of time will be sunk into keeping it working, and learning how to navigate around the various quirks.

There’s a reason that Enterprise software continues to be a successful, profitable business model. They’re seen as the only way forward, and once you’re locked into a build, it’s very hard to extricate the business from it and onto a new platform.

Hard, but not impossible. Increasingly there are smaller start-ups offering a sub-section of what the behemoths do, at a fraction of the price. They find the niches that people buy into Enterprise software for, and they fill them specifically and efficiently.

It may mean you have more partners to juggle, but you also have better accountability and more distributed risk. Give a chance to a company in its infancy, and they’ll support you with a fervour that you will never get from the big dogs.

There are of course risks with this approach, as there is with anything. The startup landscape is ever-changing, and ruthless. The company you support could go bust. They could also become so successful that one of the Enterprises swoops in and buys them, gobbling up their niche into simply another feature of the ever-looming Enterprise.

However, the rewards can often outweigh the risks. You can progress faster with a smaller company, and innovate far more than you can within Enterprise. By taking the leap with fresh, new tech you can stay ahead of the curve.

Fancy working at a company that believes in taking risks and constantly innovating? We’re hiring!