Branding a castle for a weekend

This year for Red Badger’s sixth birthday we stayed at Schloss Beesenstedt, a castle 45 minutes from Leipzig in Germany. We had our Company Day, setting the direction of travel for the next 12 months - and then we had a party. It was a magical and stunning setting. It was amazing!

Amy, Becca, Val and Saadia all did a huge amount of work to make this happen, including a site visit earlier in the year. As part of that they were able to give the design team a great brief on the feel they wanted to capture in the graphics for the event – and naturally enough this sprang from the very individual, esoteric, dramatic and gothic nature of the castle (Schloss).

We hit upon the phrase “gothic decadence” to sum up the feel we were aiming for. We then hunted for ways in which we could express that, looking in bookstores, online, finding samples, testing colours...

We started using a heavy blackletter font called Fette Gotisch – it’s pretty hard to read – and as such would be impossible to use on almost any other job! But functionality was taking a back seat to decadence!

We knew that our palette had to be dark and rich. And that’s something we wanted to run through our imagery too. The question was, what were we going to use…? We were pretty sure we wanted flowers… rich, decadent and fleeting *swoon*. In the end Froso dug out a book she’d picked up from the Riks Museum in Amsterdam – it featured an amazing still life of a vase of flowers with insects crawling over them and a snail in the corner. It was rich and beautiful, but also dark and a bit dangerous.

Then we really lucked out and found this. The Riks Museum have digitised a huge part of their collection and made it freely available. It’s a fantastic resource. And it meant we suddenly had access to a wealth of appropriate high-res imagery. We now had a palette of rich, gothic decadence to use across all the materials required.

As part of putting the materials together we realised that they should not appear to come from Red Badger but from the Hotel itself, helping to create a make believe world around the hotel for this one weekend. The booklet we created for all the guests has an introduction written by Armin, the lovely/crazy guy who owns the Schloss. And the logo on the back page is framed by the line “Prepared for [Red Badger] Leipzig 2016”.

In the end the Schloss itself was so atmospheric itself that our materials didn’t have to do a great deal more – just help amplify what was already there. This was heightened by flowers Amy sourced, that fitted the theme perfectly, and the Badgers themselves, especially during the gothic masked ball. Here are a few pics.... 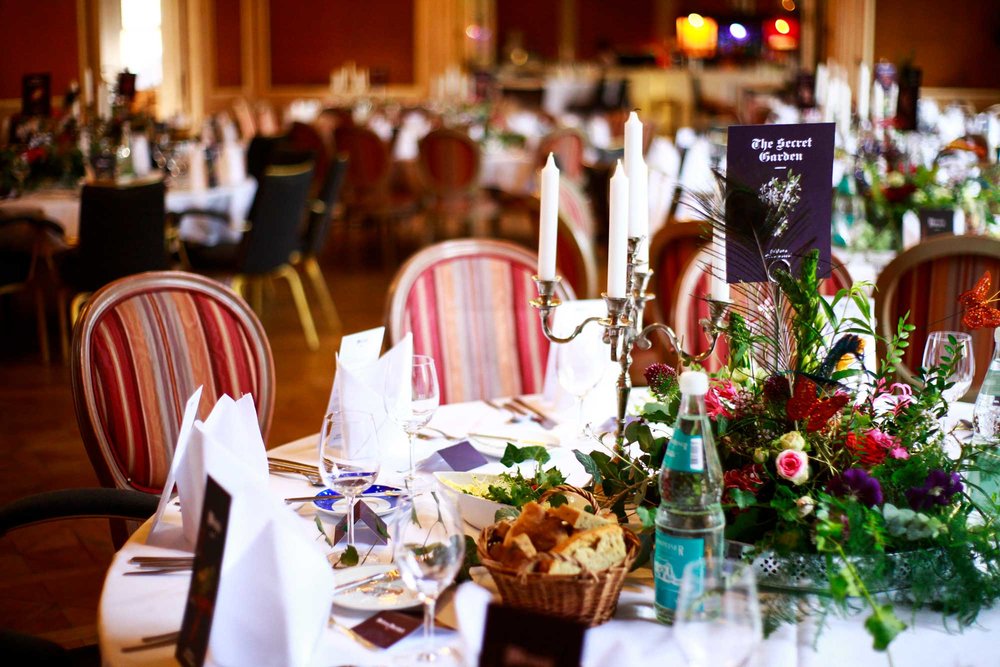 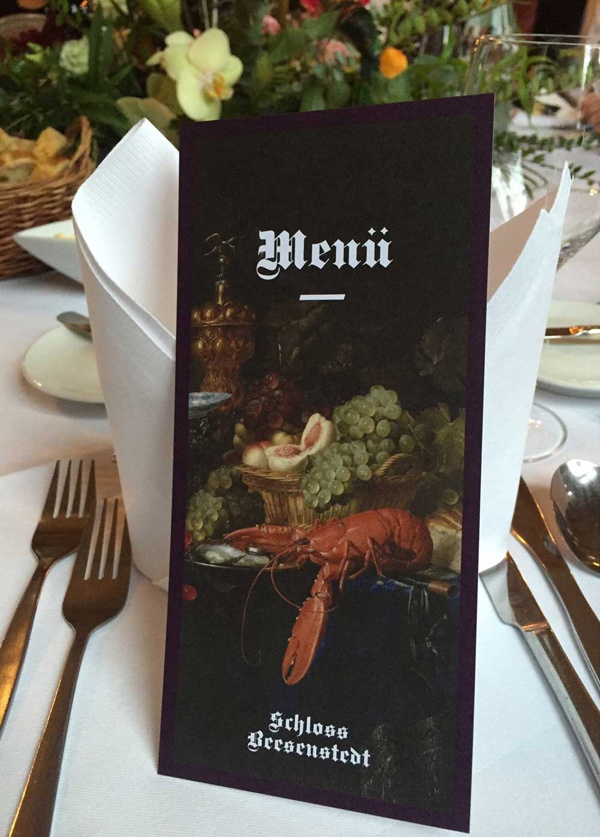 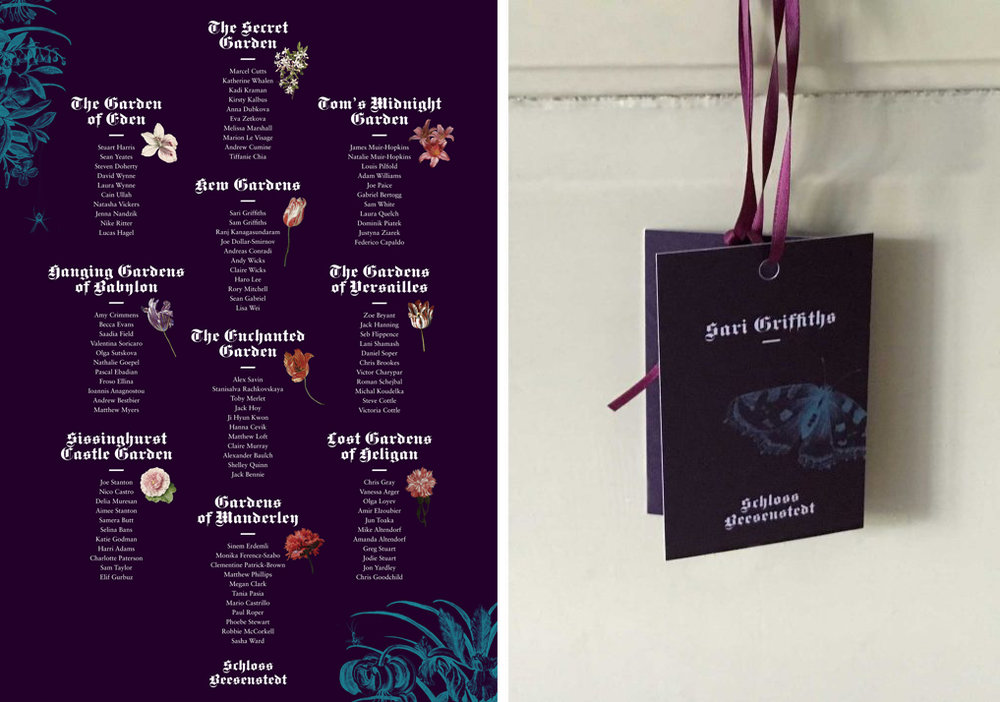 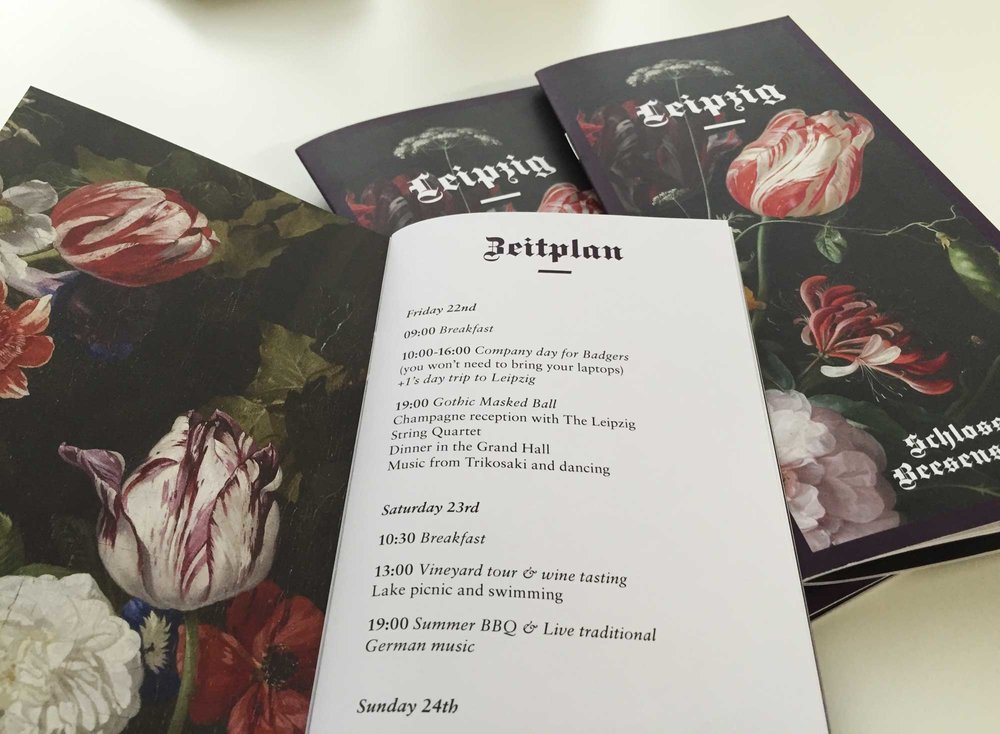