What is Virtual Reality

I decided to write this article about Virtual Reality (VR) as I was inspired by different events I attended in the last couple of months where I had the opportunity to try different headsets and demos.

Recently, there has been a lot of hype around different aspects of VR, which have been demonstrated in tech conferences. Overall, I have to say that some of them were surprisingly good examples, while others need a lot of work to be done to achieve the best virtual experience. As VR is a broad subject, I will try to summarize below what I learned and experienced.

Let’s start by defining and understanding what VR is. Actually, the idea of virtual reality isn't especially new; it is a concept dating back to the 1950s. VR is the technical term used to describe “a three-dimensional, computer-generated environment which can be explored and interacted with by a person”.

If we think about how VR works in non-technical terms, we can understand how it affects and uses human senses. We all know the world through our senses like taste, touch, vision, smell, hearing but we have more senses than these. These other senses ensure that we have a rich flow of different information from the environment to our brain to realise where we are and what’s happening. Evidently, if you can present your senses with made-up information, your perception of reality would also change in response to it. As these senses affect your brain starting from logic and moving to empathy, you would be presented with a version of reality that isn’t really there. Something we would refer to as a virtual reality (VR). 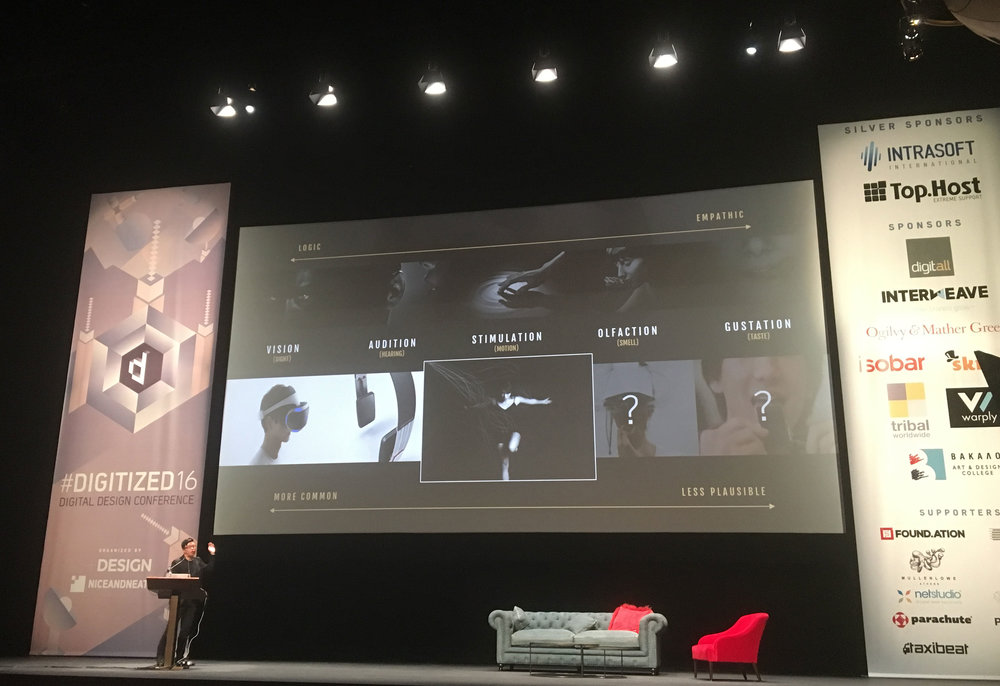 Presentation by UNIT9 at Digitized Athens 201

How does virtual reality affect our senses?

Today VR is usually implemented using a range of equipment that is made for this purpose, such as headsets, omni-directional treadmills, and special gloves. These are used to stimulate our senses together in order to create the illusion of reality. It is really important to note here that VR technology needs to take our physiological and environmental comfort into account. Physiological comfort takes into account notions like motion sickness. Human vision is not flat (one dimensional) like a screen, but we see with 180 degrees of peripheral vision.

If an implementation of VR manages to get the right combination of hardware, software, and sensory synchronicity, the subject will really feel like they are present in that environment, something known as a sense of presence. According t Jason Jeral (The VR Book: Human-Centered Design for Virtual Reality), presence is an internal physiological state and a form of visceral communication and it is difficult to describe in words because it can only be understood when experienced.

Presentation by UNIT9 at Digitized Athens 2016 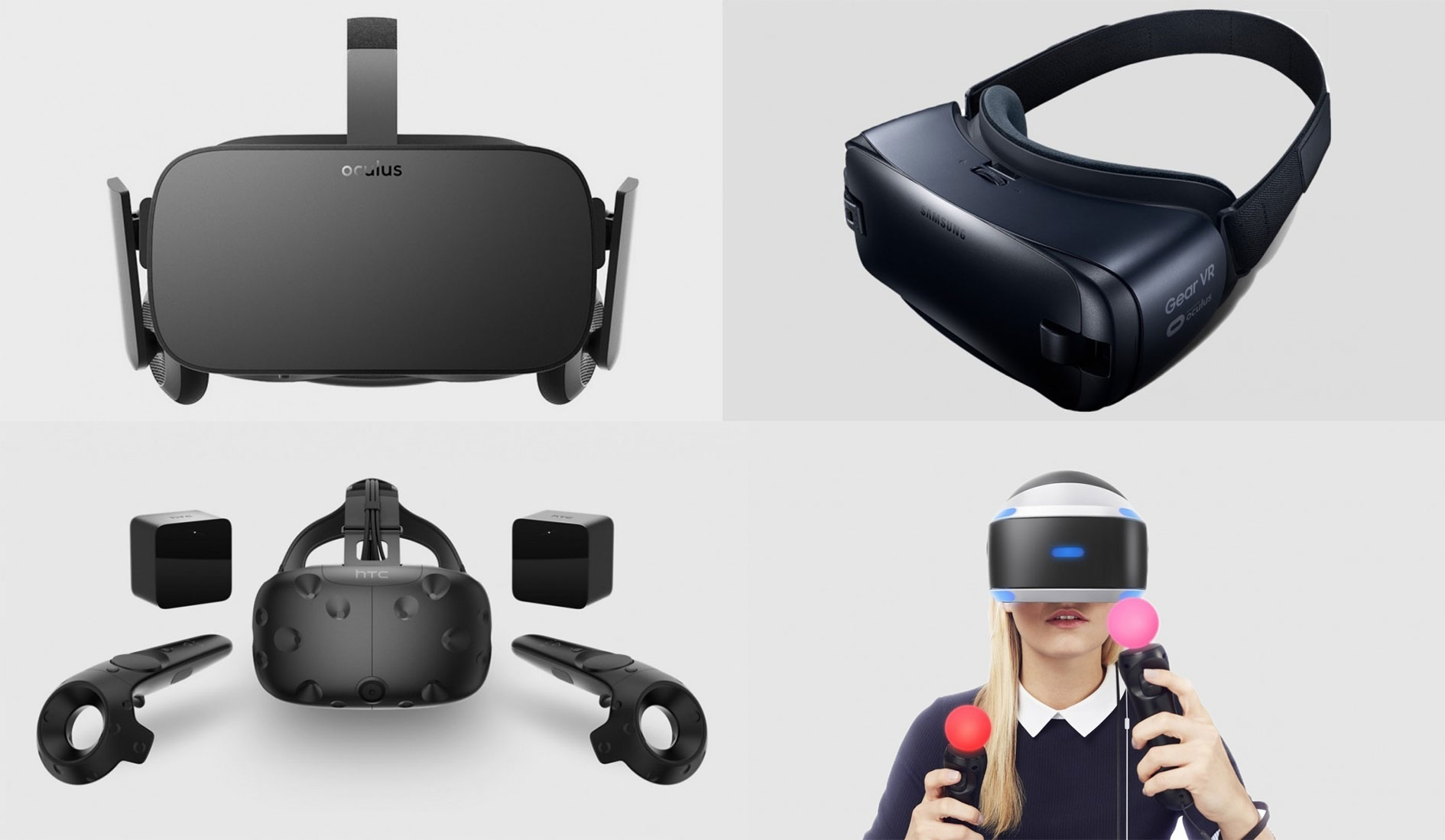 As mentioned before, some of the VR devices contain a display, splitting the feed for each eye. For example, Google Cardboard and Samsung's Gear VR use a smartphone in the headset as the display with the content already loaded on the device.

In terms of input tracking, there are several variations that depend on different devices, all of which contribute creating this fully-immersive experience. For example, Sony PlayStation VR offers 360-degree head tracking by monitoring signals from the nine LED lights around the headset with a PS4 camera.

Motion tracking has been seen in a variety of forms from smart gloves to the likes of Oculus Touch, Valve's Lighthouse and HTC's controllers for its Vive headset. Each of these things works slightly differently but the idea is to make you feel as though your hands are immersed in the experience.

On one hand there have been negative comments about how VR can be used and how will change the world. On the other hand, I have experienced VR that can be used in sectors that we can benefit from. In my upcoming blog post, I will focus on the positive aspect of its use and I’m also going to talk about how designers can employ user empathy to create a good VR experience in different sectors.

We are hiring! Check out our vacancies here.