I have a question! Using sli.do at React London 2017

In the build up to React London 2017, we were planning to have questions asked by conference attendees to the speakers and QA panel throughout the day. However, this raised a number of issues.

Most of the people I have spoken to who have attended conferences had experienced these things going wrong. Someone asking an incredibly precise question about something that would only ever apply to their use case. Someone repeating the question asked by someone else. Personally, I’ve refrained from asking questions at a conference just because I don’t like talking in giant rooms full of strangers. Then there are the odd cases when someone asks a question that’s just… well… a little rude.

A few months earlier a number of Badgers had gone to SXSW (you can read about it here) and had seen sli.do used there and when we asked if anyone had any ideas on how to gather questions from the audience at React London 2017 they were quick to mention how much they liked it.

Which prompted us to ask “What is sli.do?” 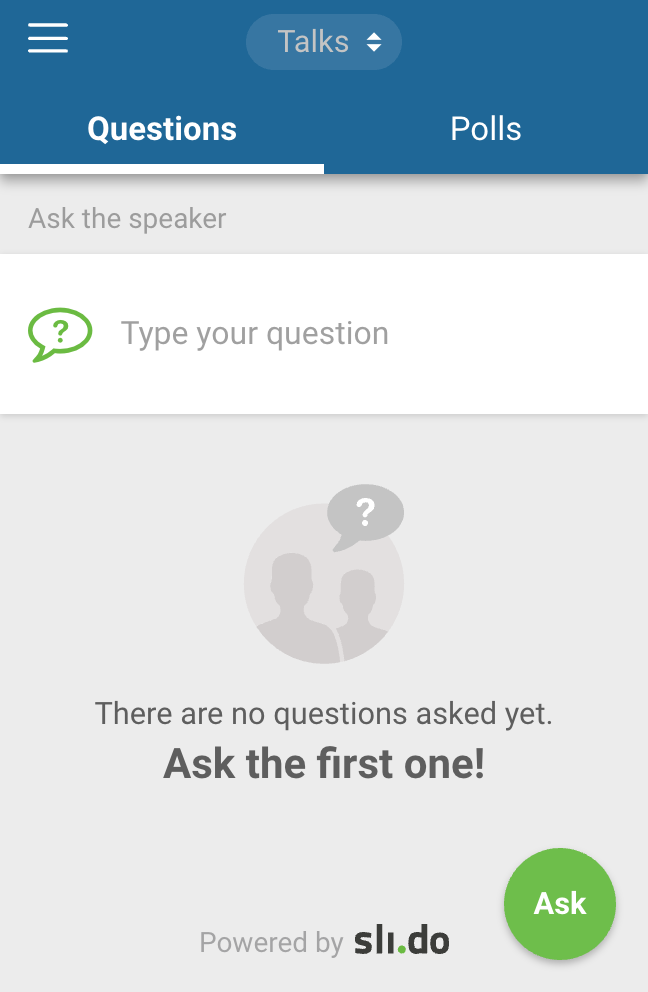 Sli.do is an audience participation web application. Audience members go to sli.do and enter the code for their event, in our case #reactlondon2017. There they can submit questions anonymously for the speakers and QA panel without needing a microphone. The questions then appear in a list for other audience members to vote on. The question with the most votes rises to the top of the list. Once the question has been answered it can be removed from the list. The list of questions can be displayed in presentation mode on a large screen with less clutter for speakers and audience members to see. 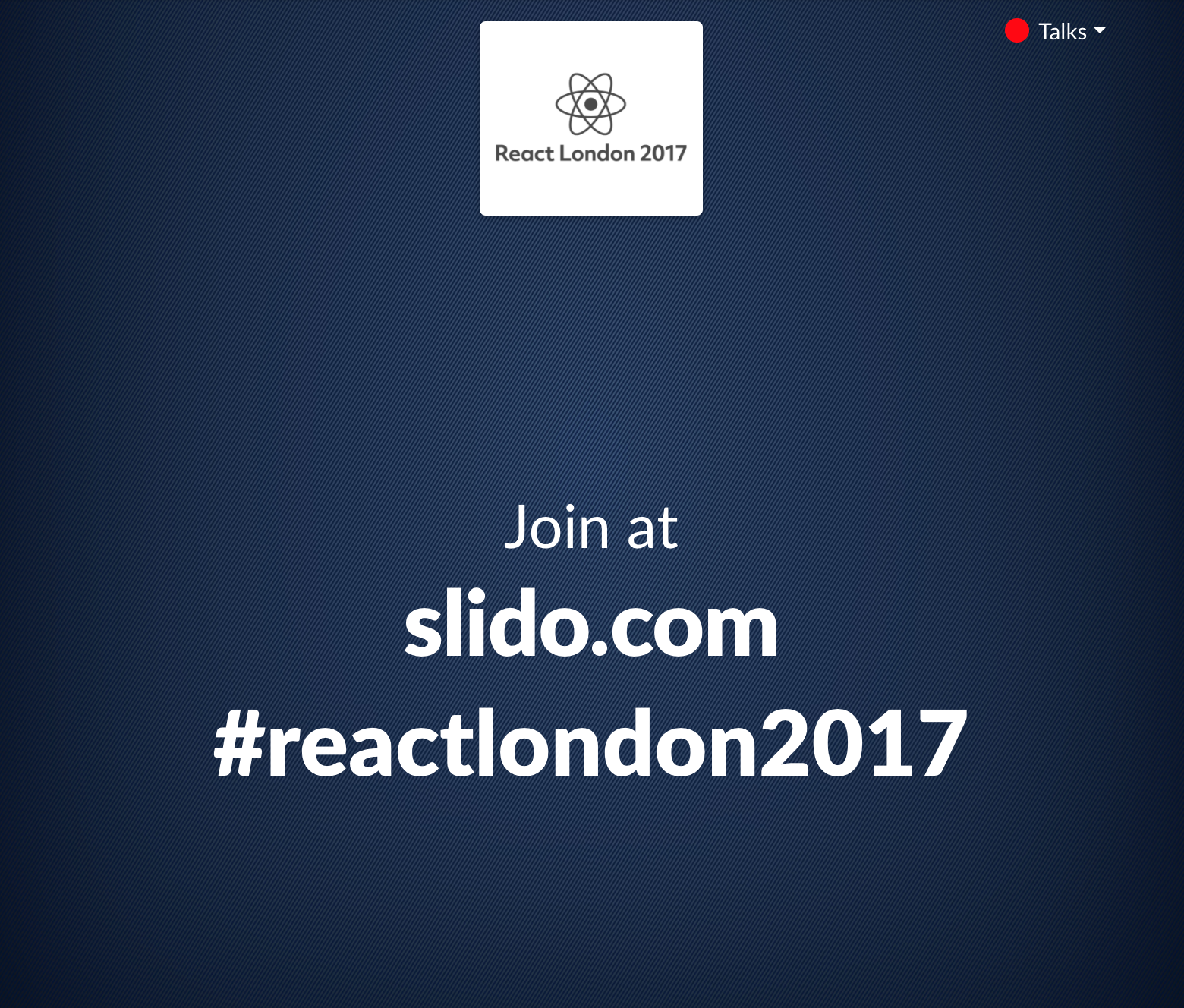 This was all included in the free plan but by paying for the PRO plan we were able to avoid some of the problems we talked about earlier with one key feature: moderation.

With the moderation feature, a moderator could see the questions before they appeared in the list of questions for people to vote on and answer. Each question could be preapproved, checking for repeated questions and keeping questions on topic, while removing some of the more obscure and specific questions that would be better answered by the speakers in a one-to-one environment. 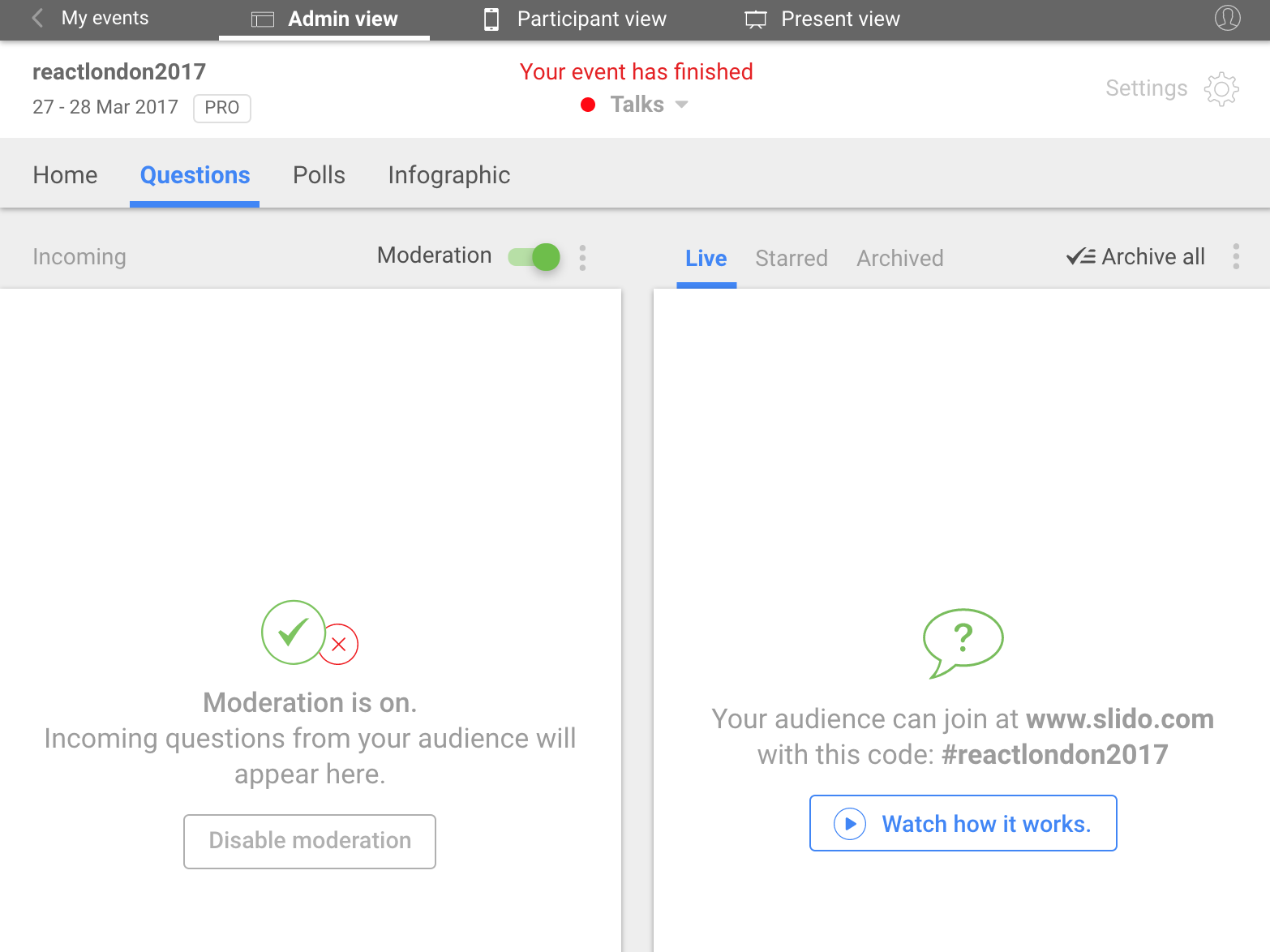 Another useful feature was splitting the sli.do event into two “rooms” where questions could be asked. “Talks” and “Panel”. This allowed the audience members to ask questions throughout the day for the QA panel even though it was after lunch, while not mixing with the questions for the individual talks which were cleared out at the end of each talk to make room for the next speaker’s questions.

Moderating on the day fell to me. This meant that I was attending every talk to make sure I could understand the context of each question. At the start of the talks I was approving questions as they appeared, but soon stopped this as these questions could be answered before the end of the talk and are visible for voting before other questions so might get an unfair advantage in the voting ladder. This resulted in me waiting until the end of the each talk to approve questions and then they could be voted on, which was significantly more hectic but a much better approach than before.

A quick summary of the pros and cons are below:

What we would do differently next time?

All in all the conference went fantastically and sli.do was a small part of that. We would use it again but next time I think we would have multiple moderators to give each other a little break every now and then.

Sli.do provides you with some data analysis of your event after it has finished which you can see here.

All of the talks from React London 2017 are available here.