A seemingly random list, inextricably linked by the fact they’re examples of things I know, will always know, but would happily forget if it helped make room for the things I genuinely want to remember, like people’s names, french verb conjugations or my current to-do list.

Alas, the mind doesn’t work as neatly as that. It’s not a filing cabinet with knowledge carefully archived in sequence, ready to be plucked out whenever needed or shredded when it ceases to be useful. And over the past couple of years, I’d begun to feel as though my mind was reaching its learning limit, forever filled with pointless pieces of pop culture trivia yet unable to stretch to new skills.

As great as it is to be half-decent at pub quizzes, I was growing frustrated at what I perceived to be my stagnating development, feeling like I’d forgotten how to learn.

How did it come to this?

When I was younger I was like a sponge, absorbing information wherever I found it. Always reading, always listening and always asking questions (far too many, if you ask any family member who lived within a 50 mile radius). Despite the usual distractions of student life, I carried this on into university, where you’d often find me sat in The Library into the wee hours (admittedly, The Library was a pub next to our campus, but I was definitely still thinking about English Literature while there).

But then I graduated and settled into a career as a copywriter, and despite progressing upwards within the company and performing well, I became comfortable within these confines. I unconsciously grew content with what I’d learned up to that point - “I am currently a copywriter” dropped its present tense and became my past and future. With my field of vision narrowed, I was focusing my energy on simply proving my ability rather than concentrating on any form of personal progression.

This had wider implications beyond work too. I’d stopped enjoying football - a sport I’ve played since I learned to walk - wracked with worry that people would think I wasn’t a decent player every time I misplaced a pass or shanked a shot (which anyone who’s seen me play can testify is not an unusual occurrence). I also gave up halfway through my first snowboard lesson in frustration at continually falling over, refusing to persist with it and learn something new.

While I still theoretically believed ability to be fluid, I’d completely lost track of how to change it. I’d reduced my idea of learning to rote, expecting each new skill I picked up to be as obvious and sudden as a tennis ball to the face. In the modern world of instant everything, it’s easy to forget that there are some things that will always require time, effort and patience.

Looking back, it’s clear to see I’d developed aspects of the fixed mindset, a concept outlined by Dr Carol Dweck in her life-changing book Mindset.

Dweck goes on to give recognisable examples of the fixed mindset, from CEOs to married couples to John McEnroe. A disparate group, all showing the same traits; believing their abilities were fixed, feeling judged by their achievements, defined by failures and pointing the finger at everything but themselves when disappointments occurred. It sounded worryingly familiar.

There are two more words I’ve left out from the end of that definition.

Let it flow, let yourself grow

Instead, Dr Dweck offers up an alternative - the growth mindset:

In contrast to the Fixeys (as I’ve just decided to call them), those displaying the growth mindset don’t just accept failure: they embrace it. Setbacks become motivating and informative. Don’t believe me? Just ask the greatest basketball player of all time.

In Mindset, Dr Dweck tells of children who’d previously been written off showing incredible progress when growth mindset teaching techniques were used - like a real life Dangerous Minds, albeit with slightly less Coolio. Crucially, she also cites numerous scientific studies to highlight the benefits of adopting the growth mindset, both personally and for helping others develop - and by doing so, extols the transformative powers of effort.

“No matter what your ability is, effort is what ignites that ability and turns it into accomplishment”.

Me, Myself and I

What was the catalyst for me to start considering change and climb out of my rut? A lightning bolt in the form of an offer from Red Badger to do something different. Become a Project Manager, take the courses, learn from everyone around you. Knock down the ivory tower and start from scratch.

I’d also started to genuinely believe once again that I was able to improve. So, bolstered by the support of those around me (special thanks to David, Shelley, Natalie & Lani), I began this year with a leap into the new. By March I had two new qualifications to my name, including becoming a certified Scrum Master under the tutelage of the incomparable Mike Cohn, and after a period of shadowing I’m now leading a team on my own.

It‘s been revelatory to rediscover that development happens while you’re doing other things: experiences, emotions, actions, effort, conversations and - crucially - mistakes. While barely perceptible in the day-to-day, there’s a confidence and competence that grows as the weeks and months pass by, until what was once daunting now feels entirely natural.

From time to time, the “old me” will still appear. On a recent first aid course (another new skill), I felt myself shrink into my seat each time we were asked to practise a new technique as that familiar fear crept in. “I’ll be rubbish, I’ll be judged, then I’ll want to quit.”

Yet after a deep breath and some self-reassurance that it’s ok not to know what you don’t yet know, it faded away - knowing any mistakes I did make would make future attempts better. A few hours later, I had another certificate for something I’d never done before. Rescusci-Annie has never been so alive. 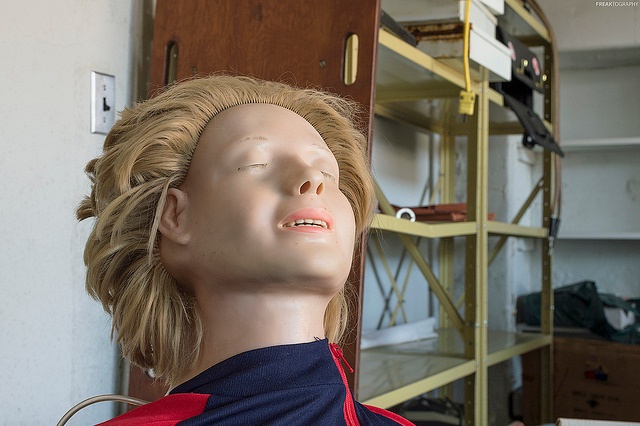 Annie are you ok?

You can get an indication of your personal mindset by taking the test. If you’re interested in adopting the growth mindset or you’re considering a change (be it career, lifestyle or anything else), here are the five things that helped me love to learn again.

In terms of the future, who know where I may end up. If nothing else though, it’s good to know there’s still room in my head for genuine growth, alongside the pointless stuff that makes me annoying to watch game shows with.

If you’re also interested in a change of scene, we’re hiring. Go to our jobs page to find out more.