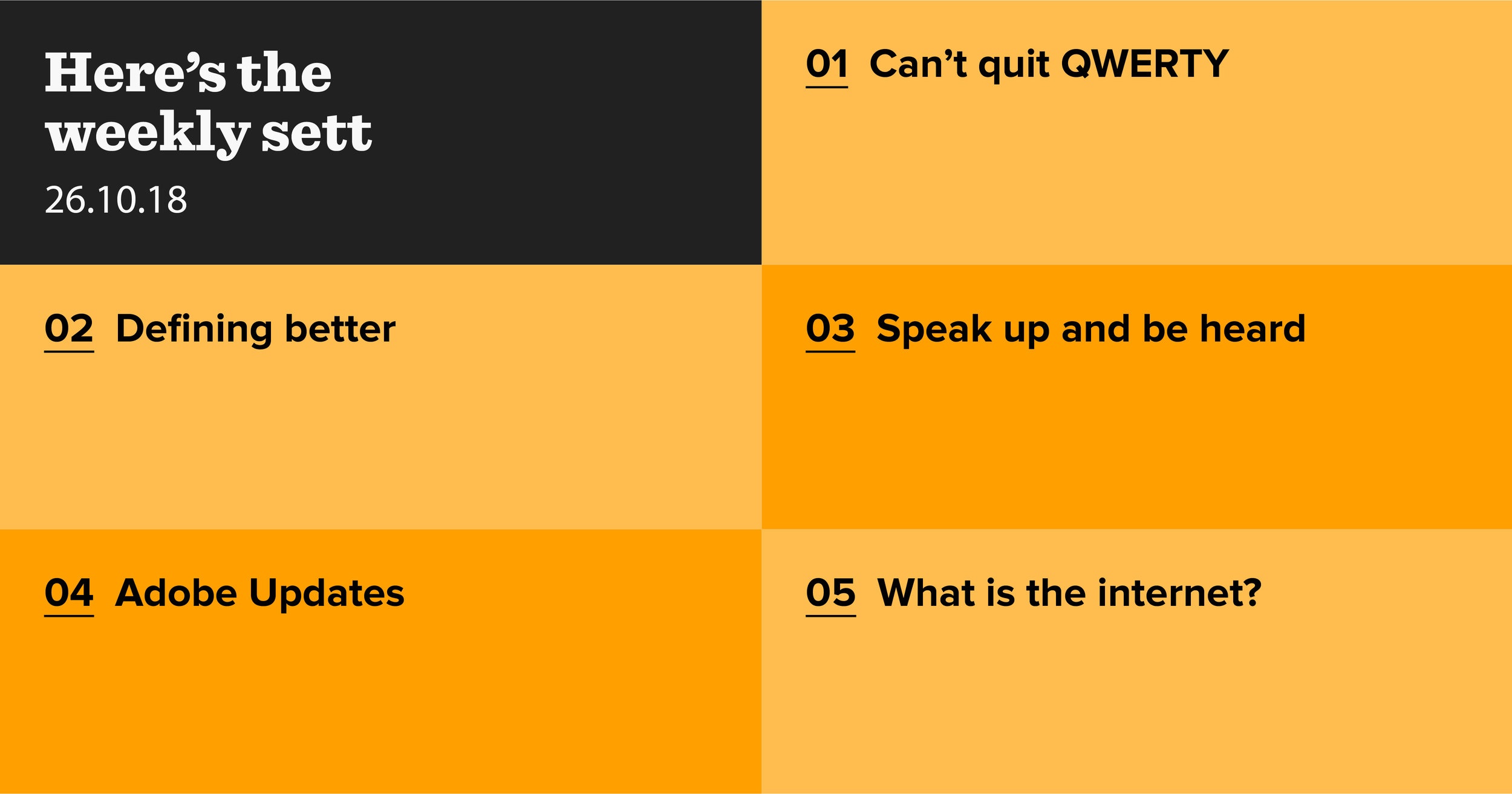 With Halloween around the corner, we would recommend pretending not to be home when trick-or-treaters call and read these articles instead.

We’ve been using the QWERTY keyboard for 144 years, and no challenger has ever been able to take its place as king of keyboards. Even as technology moved away from clacky typewriters and onto more refined (and silenced) computer and laptop keyboards, QWERTY has remained. Learn more about the history of QWERTY and why its dominance continues over at MIT Technology Review.

Every project we take on, be it personal or professional, we aim to be better than before, better than others, and better than anything you’ve tried before. However, what do we mean by better? Design Mind has taken a product management tack and looked at how to examine what better means. This involves aligning the whole organisations various viewpoints and creating a ritual of quality examination.

Number three - Speak up and be heard

As a junior member of a team, speaking up and offering your opinion can be the biggest day-to-day challenge in your job. Some people still struggle to make their voices heard in the sea of ideas and opinions that often overflow in meetings. UX Collective has written a guide on speaking up, not only suitable for those new to the world of meetings but also for those who want to make more of an impact on decisions and outcomes.

Didn’t get a chance to pop over to LA for the Adobe MAX Conference? Web Designer Depot has got you covered. Read the wrap up, which highlights the biggest changes coming to Adobe software including; using Adobe XD to design for voice, more AI in your Adobe apps, and Typekit’s rebrand as Adobe Fonts.

Number five - What is the internet?

Last week we looked at how fast the internet is growing, but some of those in the back might just be wondering - what is the internet? The Guardian has done a quick primer on the basics of the internet. While this doesn’t explain how cat memes began, it does outline how the internet works and how it is used globally.