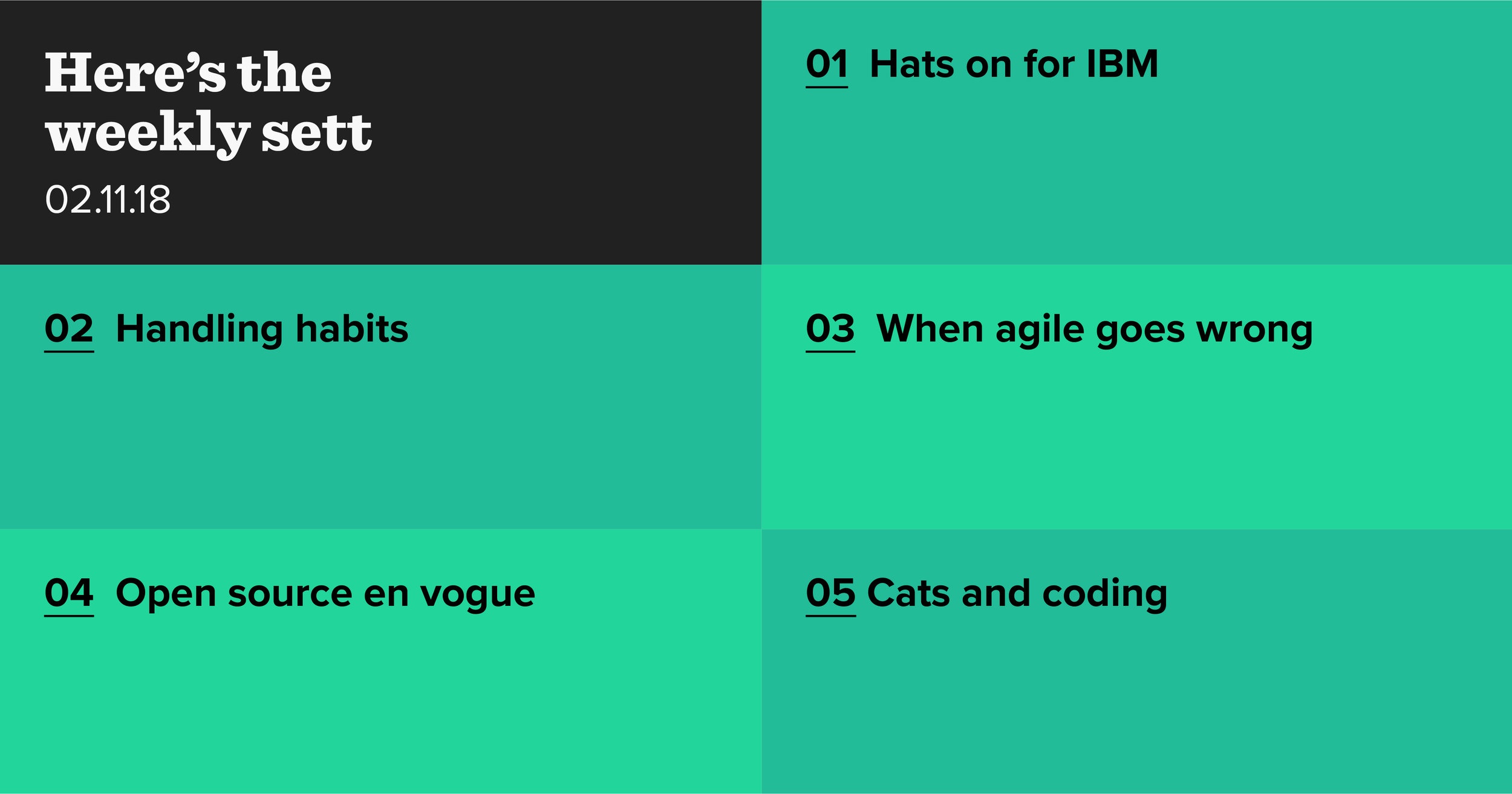 In between taking down the fake cobwebs and trying to remember the fifth of November, have a gander of some of the top articles from the past week.

Number one - Hats on for IBM

In case you’ve been too wrapped up in layers of jumpers and scarves to read the news, IBM has announced its intention to acquire enterprise Linux maker Red Hat for $34bn (£27bn). If the acquisition is successful, Red Hat will be absorbed into IBM’s Hybrid Cloud unit. Read more about the deal and some hot takes on it over at The Register.

Changing habits can change your life, but it is easier said than done. However, a new calendar from Swedish inventor, TV host, and robotics enthusiast Simone Giertz could help make that easier. The simple calendar allows you to track a single task a day, with no alarms or notifications to remind you. Instead, simply light up a small hexagon each day once your set task is done. See the calendar for yourself and learn how the clever UX trick could change your life (or at least help you call your mum more) over at Fast Company.

Since its development in 2001, agile software development has adhered to four critical principles. But researchers at Harvard Business Review have found that organisations are stifling engineers with bad agile practice, either by focusing too much on high performance (which results in micromanagement) or being adaptive (which causes timelines and cross functional collaboration to fall to the wayside).

The researchers propose striking a balance between the two with a focus on issues such as collaboration, minimal viable experiments, and customer centricity, something we’ve found with our own Agile report.

Fashion is not traditionally known for its technological innovations, but Business of Fashion has highlighted how open source technology is now being leveraged by the industry. Pointing out the work of Zalando, Nike, and Nordstorm, the publisher notes that open source can empower fashion brands to control their customer experience across digital platforms in new ways and how open source methods could bring about a sustainable revolution to the less-than-environmentally-friendly industry.

Cats are not the first animal one might associate with developers, but there’s enough developer turned cat owners out there to constitute an entire website dedicated to them. Developurrs is a new website focused on interviewing web professionals about their beloved pets (and maybe about some tech). Cats featured include Pixel, Tribble, and Mango Roll.