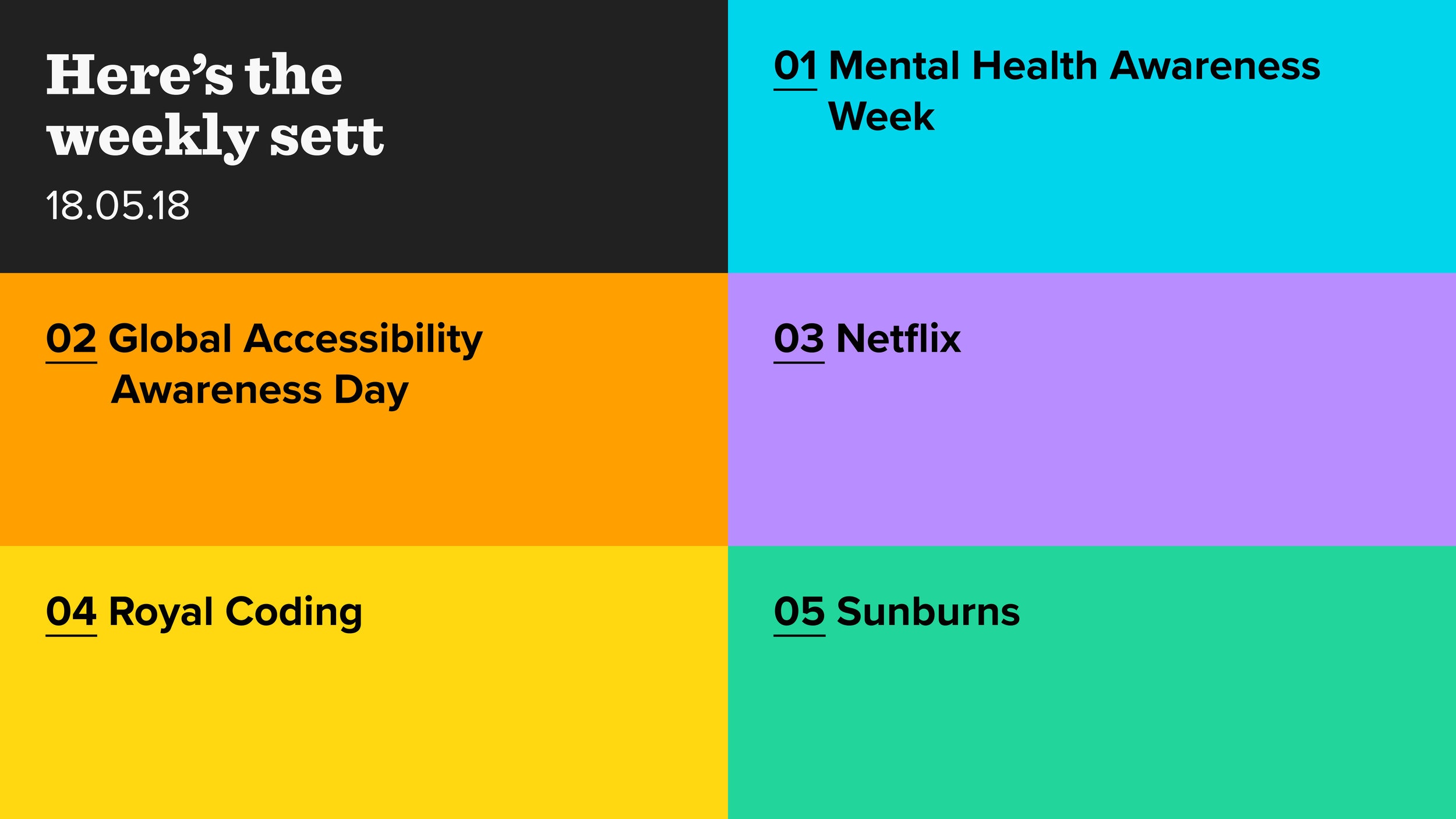 This week has been a busy week one for the news agenda. It’s Mental Health Awareness Week, Thursday marked Global Accessibility Awareness Day and on Saturday it’s the Royal Wedding. We’ve been sifting through the news to pick out some of the stories which caught our eye this week.

Unless you’ve been offline all week, you’ll know that it’s Mental Health Awareness Week and this year it’s focused on stress in the workplace.

According to research commissioned by Mental Health Foundation thinktank which is the biggest survey into the impact of stress, three in four Britons have been so stressed at least once over the last year that they have felt overwhelmed or unable to cope. The study, covered by the Guardian, shares many other shocking findings.

This week, we’ve been hosting a series of initiatives and events to open up the conversation about mental health in the workplace. Seven months ago, our HR Manager wrote an informative blog on small steps to achieve a healthy work/life balance.

In light of Global Accessibility Awareness Day, it is sad to hear of another court case against inaccessible websites. Gizmodo reports that Glossier, a beauty brand known for its millennial pink packaging, is being sued by a legally blind woman across the pond in the US. The plaintiff argues that she faced a number of barriers to navigating the site, including no alternative text on the site.

The complaint highlights how many retailers fail to take disabled users into consideration when creating their websites- something we are working to change.

Remember the days of dial-up and MySpace? Well, here’s another trip down memory lane - Quartz has looked at Netflix in 1999 vs now. Okay, so the article isn’t actually from the last week (it’s last month) but it’s still amazing to see just how much it’s changed.

Love it or loathe it, there’s no getting away from headlines about the Royal Wedding. But while preparations were underway in Windsor, Prince Charles and Camilla, Duchess of Cornwall, were visiting YOOX NET-A-PORTER’s White City tech hub to take part in a coding session with 60+ schoolgirls aged 11 to 13. The day was part of an innovative outreach programme teaching coding skills to young girls as part of an Imperial CodeLab session. You can read more at Imperial College London.

From the Slack channel this week - it looks like people wearing ripped jeans are becoming the victims of some terrible tanning. Go to Unilad for more...