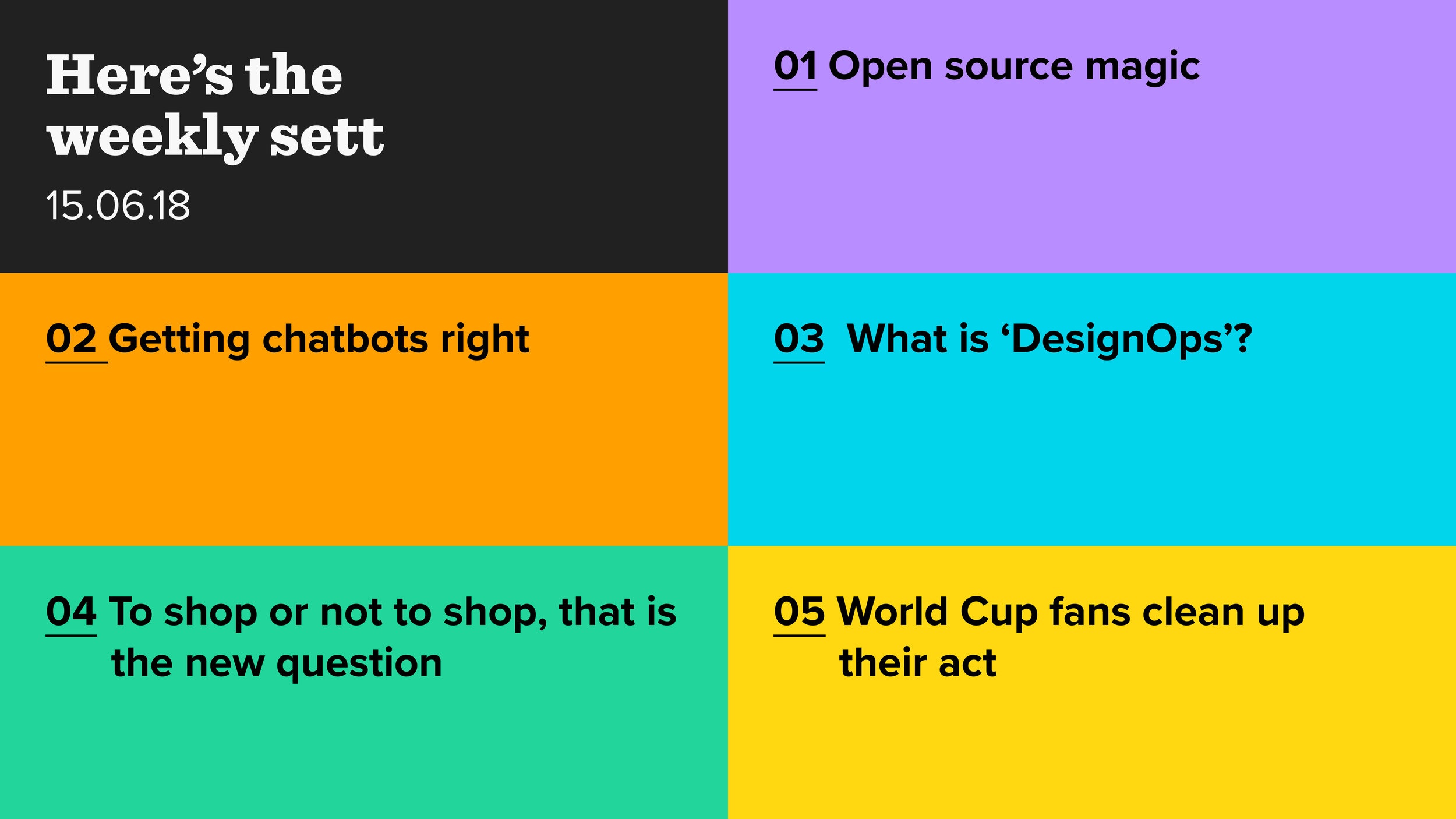 In between football matches and substitutions, we’ve managed to read up on open source, chatbots, and the new wonder of ‘DesignOps’.

The Register has interviewed creator of Mandrake Linux, Gäel Duval, who has taken open source to new heights. Duval has now created an open source platform for phones; eelo. eelo challenges the duopoly of phone software, held by Google’s Android and Apple’s iOS, bringing more control over users’ privacy and putting security back into users’ hands.

Through careful use of Android’s open source technology, Duval has presented a third option for phone users and a new challenge to the likes of Google.

Virtual digital assistant systems are spreading, with the market estimated to be worth $7.7 billion by 2025. But VentureBeat notes that before businesses get to that stage, they are up against a bounty of considerations. At VBLive a range of these considerations were discussed, but the main conclusion is that data is key, and there can’t be enough of it.

We understand the importance of data and our new Director of Insights produced a great blog summarising the Roadmap Product Conference that he recently attended, with data as a key point of discussion for many speakers. You can read it here.

Design teams are growing and their work has been gaining even more complexity, and as such, a new buzzword has swooped in: ‘DesignOps’. The UX Collective have created an easily digested guide to this new term.

In case you were wondering- DesignOps is borrowed from DevOps and gives a name to the role that plans, defines, and manages the design processes within an organisation. Easier said than done.

Number 4 - To shop or not to shop, that is the new question

Shopping for many was a fun pastime- going to shopping centres for some me time, or meeting up with mates in the local cafe before heading down the high street. However, the internet came and things have changed. The Atlantic examines the impact digital and tech has had on shops and how, these days, shops are less about purchases and more about experiences. This has meant that retailers are being renewed and reinvigorated to bridge the distance between on and offline experiences.

England vs Tunisia brought in more views than Meghan and Harry’s Royal Wedding but our highlight so far is this story on the BBC, showing Japan fans cleaning up rubbish following their game with Colombia.

We could all learn to be a little more like them.