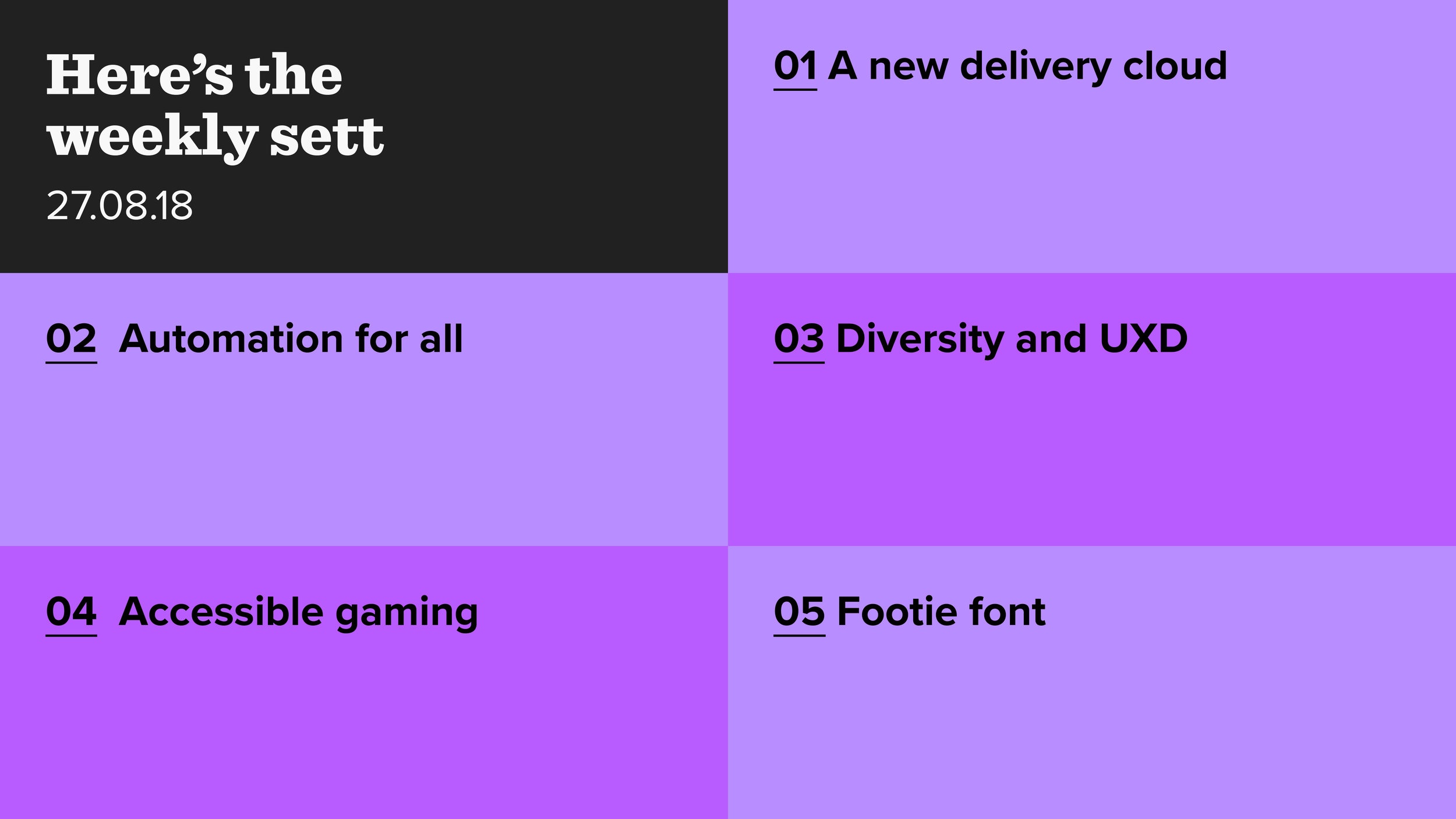 Between ice cream licks and trying to subtly wipe away sweat drips, here’s some stuff we’ve read this week.

Google has announced Cloud Build, a new continuous delivery/continuous deployment. According to Google, Cloud Build is a “fully-managed Continuous Integration/Continuous Delivery (CI/CD) platform that lets you build, test, and deploy software quickly, at scale.” Find out more details at TechCrunch.

Number 2- Automation for all

Net Magazine has noted that web design is seeing a shift in its perception of automation. No longer is automation the tool for small companies to get things done. Instead, nowadays, automated web design is being seen across a range of companies. Due to increased demand for complex solutions, automation is coming for us all, big and small.

When building products, it’s important to think about the user. However, it’s also important to be sure you don’t make too many assumptions about this user. Not all users are straight, not all users are cisgender, and not all users have traditional pronouns. Fast Company has outlined some tips to challenge your UXD and help open up your products to all users.

Back in May, Microsoft unveiled its new Xbox Adaptive Controller. Designed for gamers with disabilities, the controller has two large programmable buttons and 19 jacks that can be used to add further accessibility to Xbox and PC gaming. However, they have also announced that the packaging has also been taken into consideration for those with limited mobility. Check out the packaging over at The Verge.

The World Cup may be over, but it lives on in our hearts and now, in font form. Digital Synopsis has flagged a new font from Brazilian art director, Luciano Jacob. The font is formed from the iconic falls by Neymar throughout the games.