Rubik remade, storytelling and user experience, and a round of applause for variable fonts 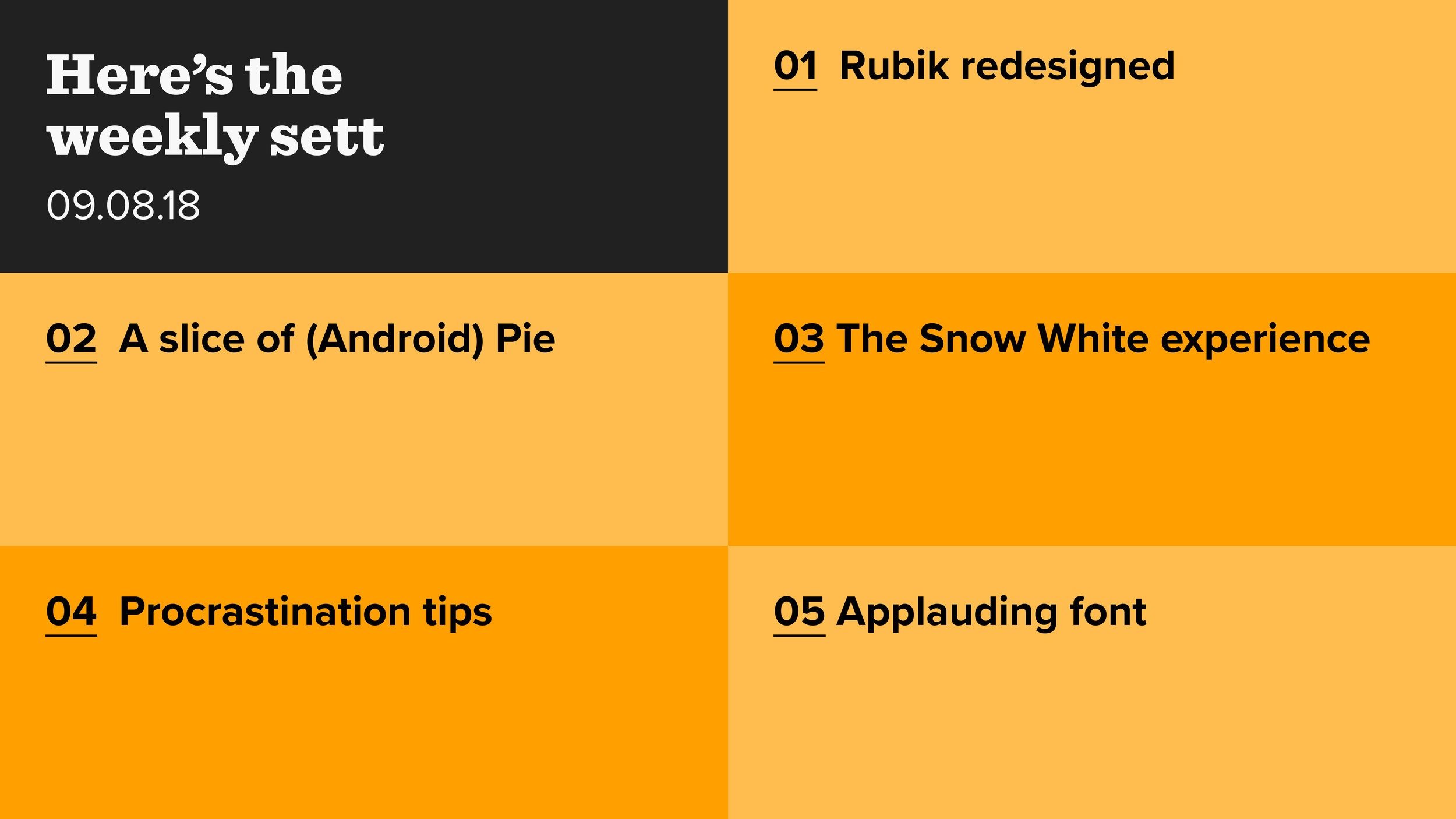 Here’s some stuff we’ve read this past week as the heatwave cooled off.

The Rubik’s cube is one of the most iconic toys ever made, with over 350 million being sold since it made its debut in Budapest in the seventies. However, the cube has gotten a redesign for the modern era. A new startup, Particula, has created a high tech version with tracking ability added to the gridded toy. The corresponding app will time how fast you can solve it and set up competitions with friends. Check out the refurbed Rubik on Fast Company.

Number 2- A slice of (Android) Pie

Earlier this week the latest Android software was launched, named Android 9.0 Pie. The Register has summarised the new additions here, as well as diving deeper on what those new additions mean here. The Verdict? Nice in theory, lacklustre in reality.

Snow White, the Disney classic, was apparently the secret to Airbnb’s user experience success. According to UX Collective, experience design starts with words- that it is “a narrative of an outcome that is achieved through the design of a product or service”. As such, Airbnb harnessed storyboarding, the technique invented by Walt Disney during the Snow White production, used in animation to outline the story to all collaborators to create a customer experience.

It’s easy to procrastinate. You can spend hours making sure all the insignificant details are just so, or you can avoid the thing completely with some mindless ‘research’ (you never know when you’ll need to know the populations of the world’s capitals!). Regardless of how, procrastination is something that plagues us all. The Atlantic talked to some productivity experts to identify a way to kick the bad habit, and found that sometimes it’s the getting started that is the hardest.

Variable fonts started making waves when OpenType version 1.8 was released, enabling a single font file to behave like multiple fonts. Since then designers have been playing around and creating new responsive typography, one example was seen over on Twitter this week showing text responding to sound.