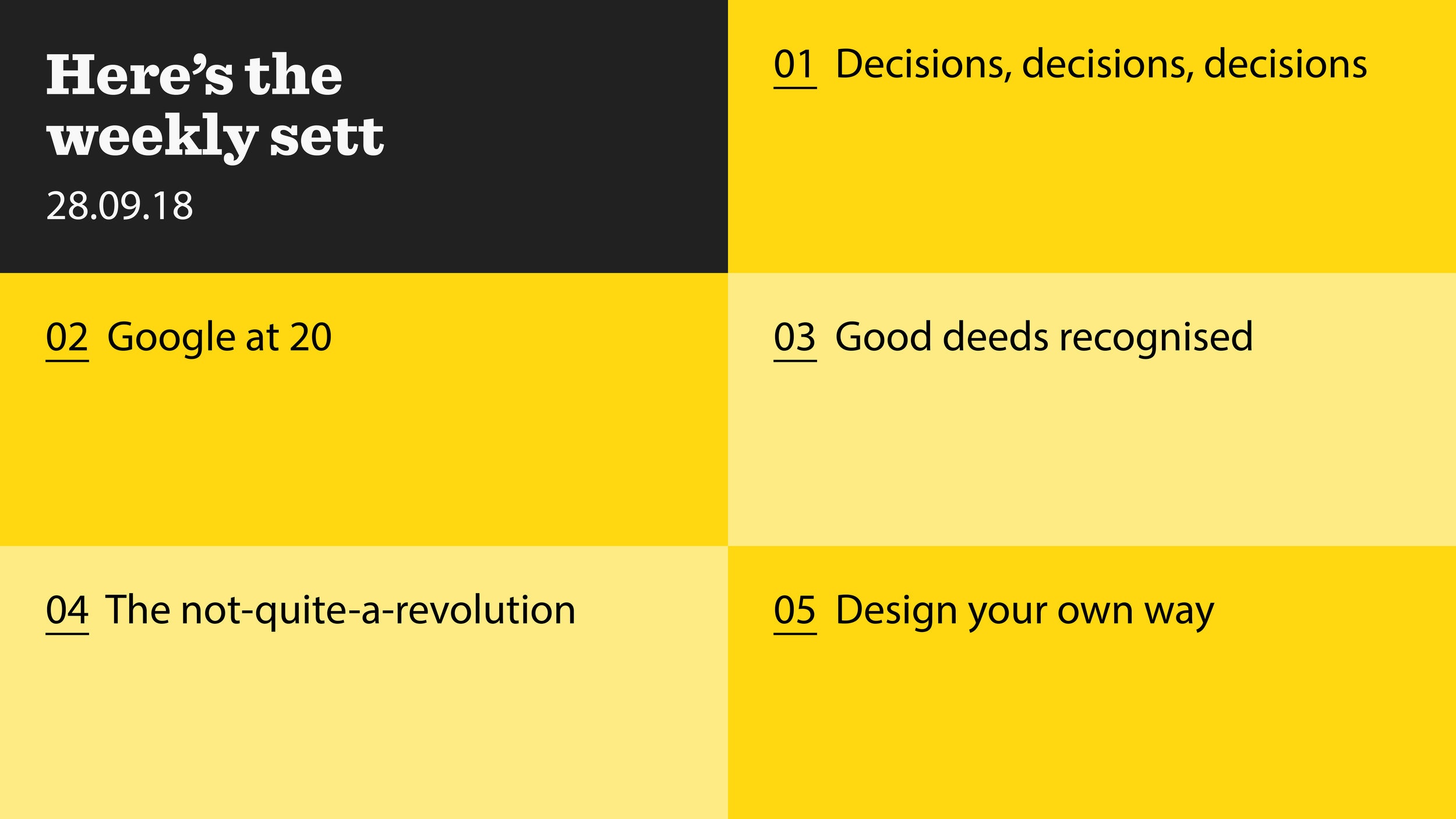 Here’s some interesting articles for you to read, in between conversations about the weather and how it’s getting darker outside earlier and earlier.

Everyday we are faced with a myriad of decisions- both big (where to best spend your budget) and small (whether to have that second cup of coffee). But there’s a difference between simply making a choice, and making a good decision.

In light of new research from Duke University, Inc highlights the importance of one decision making ingredient: intellectual humility.  This is the simply ability to accept you might be wrong, and moreover, to avoid getting defensive if this wrongness comes to light. Learn more about this quality, and how it can help with better decision making, over at Inc.

27th September was Google’s twentieth birthday, and The Guardian has chartered how the infamous search engine came to be; its inception by two ‘obnoxious’ students, through their early attempts to sell, and then how it grew to win the search engine wars to go on to grow into an internet giant.

Red Badger has been ranked in the inaugural FT Future 100 UK ranking. The Financial Times has pulled together the top 100 fastest growing companies that are making a positive social or environmental impact on their industry or wider society. You can see where we ranked over at the Financial Times.

Open Banking, which kicked into action in January this year, was toted as one of the biggest industry disruptions since sliced bread. The data-sharing regulations broke down banks (digital) walls, and opened up its doors to third parties and each other.

This, in theory, should of led to a wave of innovation and new technologies, giving consumers a wealth of choice. However, Raconteur argues that this is not the case- at least not in the short term. It notes that the big bang which papers declared would come, never did because banks and consumers are slow to uptake the changes.

Number 5 - Design your own way

Trends dominate design, coming and going with each decade and shaping everything from websites to postcards. However, is following the latest trend really important to a designer (UX and UI designers, not fashion)?  UX Collective thinks not. Rather, they suggest, there should be a greater emphasis on standing out from the crowd on first glance and not being taken in by the fast pace of digital design or bigger players.