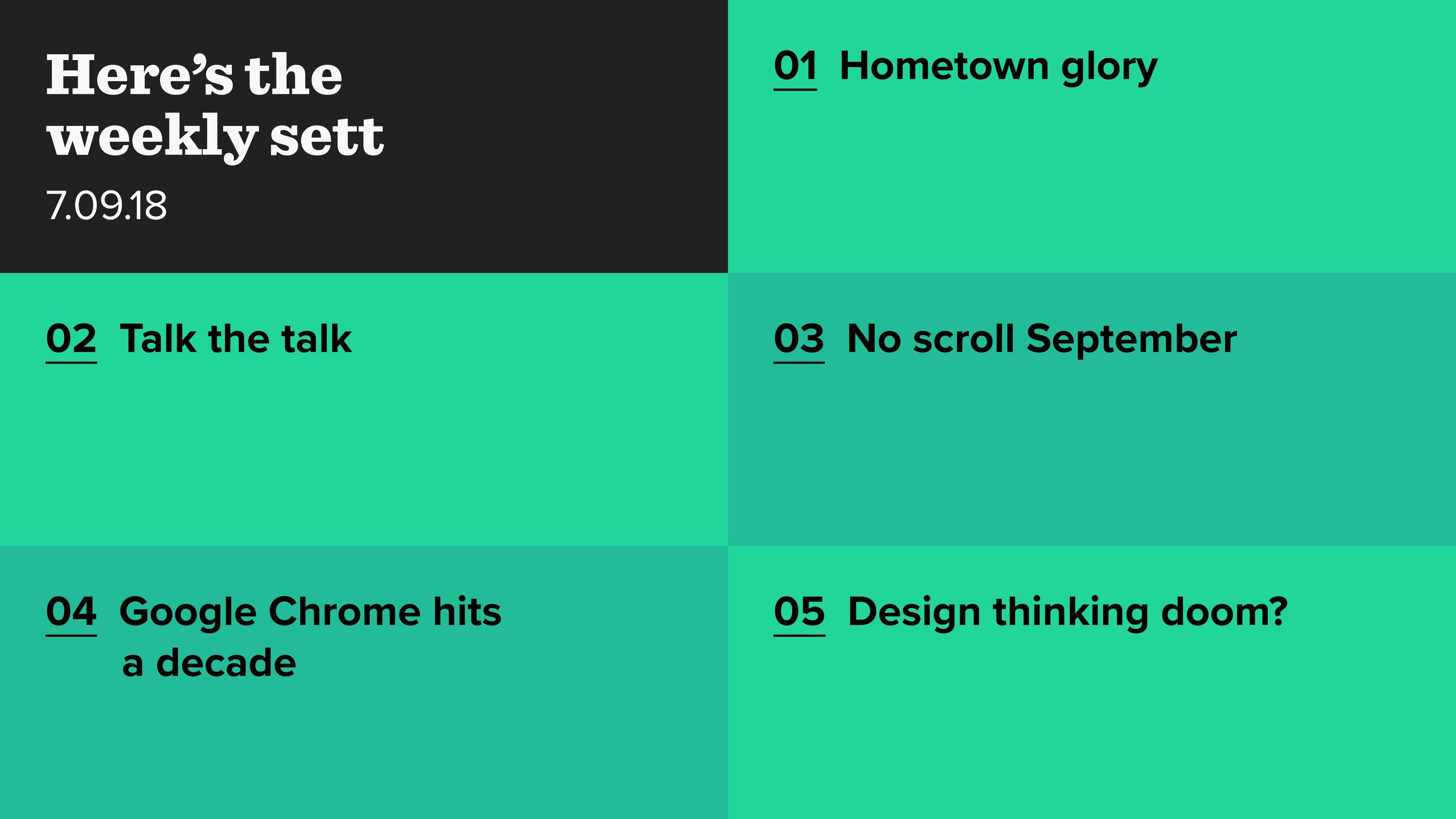 September is here, and the back to school feeling is in the air. So get your notepad ready, your glasses on, and check out what we’ve been studying this past week.

London, where Red Badger lives and thrives, has been named as Europe’s leading technology cluster, according to a report by real estate advisor CBRE. Despite a lot of competition, London came out on top with over 70,000 people employed in the tech sector. Read more about the report at Bdaily.

The Hawaiian language has been fighting for survival since the last Hawaiian queen was overthrown in 1896, after which the language was banned. Since the ban was overturned in the 70s, groups have been trying to reintroduce the language and revive this dying tongue. Enter technology. Drops, a language learning app, is now the first multi-language app to offer Hawaiian lessons. Learn more about the app and language over at Fast Company.

It’s no scroll September, and although an impossible task for most, after months of hearing about Facebook’s privacy scandals and data mishaps, it seems that many have ditched scrolling on its app. A survey featured in this article from The Verge found that 42% of people reported taking a break from Facebook for ‘several weeks or more’ while 25% said they’ve deleted the app altogether.

Google Chrome is ten. Does that make you feel old? There are loads of articles to read on the subject from best extensions to ways it changed the web. We can’t help a bit of nostalgia, and this article from The Verge reminds us why it was innovative and gives you a look at the old logo.

Design thinking has become the phrase du jour in business and digital worlds, with article after article highlighting its virtues. This week, however, Harvard Business Review has sided with the growing number of critics, arguing that design thinking maintains the status quo and upholds an old way of working. Take a gander and decide for yourself just how radical design thinking is.