End the UI vs UX war, CES gizmos, and getting an email just right 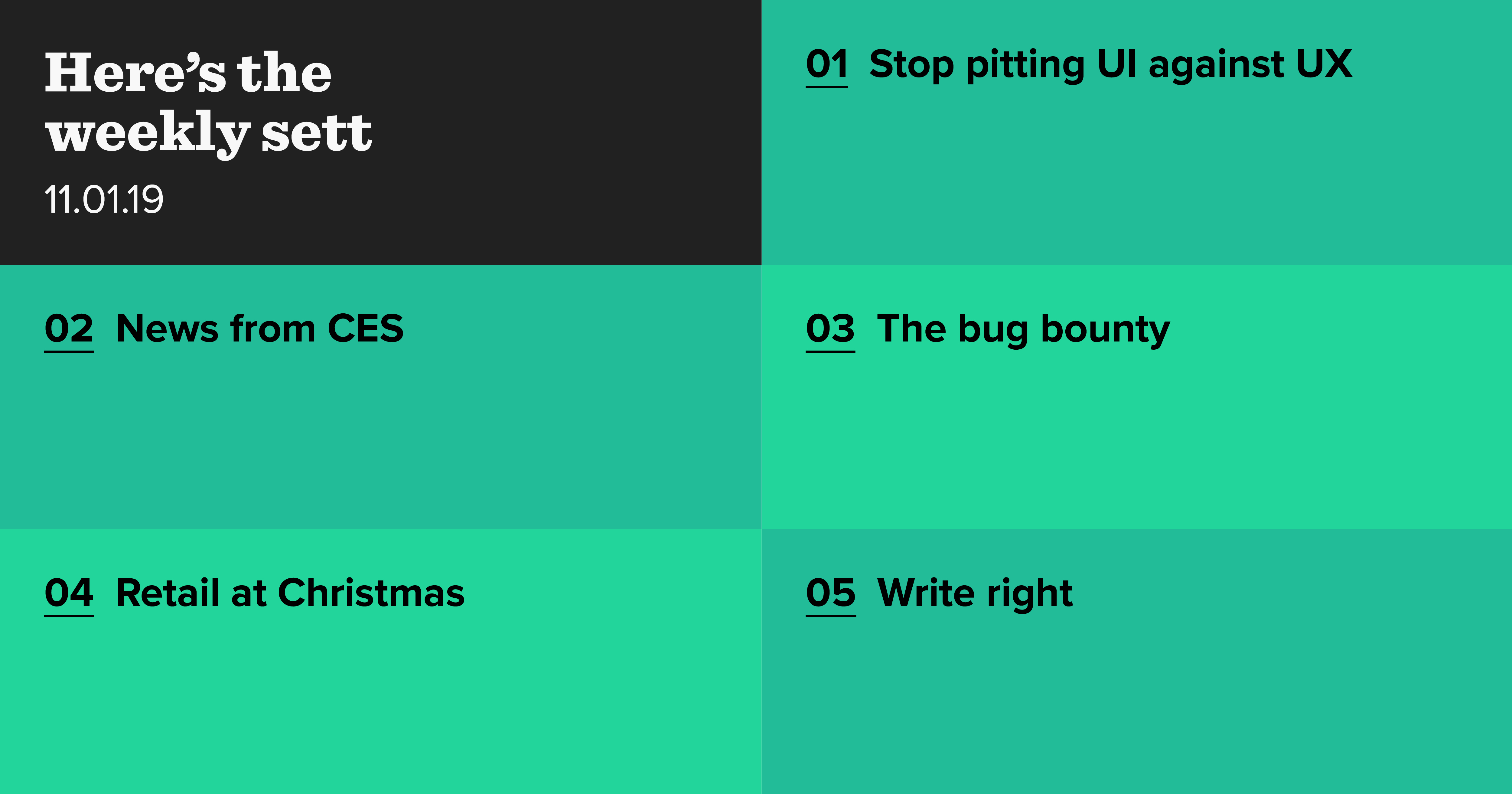 Winter winds are setting in, dry Januaries are beginning to feel the itch, and the discounted Christmas chocolate boxes in supermarkets are becoming all the more tempting. To help you stay on track for a little while longer, here are five distracting articles.

Go onto any design site, forum, or thread, and there are countless arguments whether user interface (UI) is better than user experience (UX), or if UX is better than UI. UX Collective, like many others, is sick of the arguments and notes that UI is part of UX: one cannot live without the other. It highlights that user experience is the result of an interaction with a product, which means UX includes (but is not limited to) UI.

CES back again; bringing new toys, gizmos, and ideas for us to ponder for the rest of the year. Check out the latest gear on Wired including a folding phone, an air taxi, and the latest HTC VR headsets.

The European Union has announced it is to support several open source bug bounty programmes in order to protect the open source software that the EU is becoming increasingly reliant on. So, if you’re looking for some spare cash this new year, check out Enterprise Times for further details for your new bounty hunting side hustle.

Post-Christmas, it isn’t shoppers feeling the pinch, it’s the retailers. This week the British Retail Consortium has said that retailers experienced their worst Christmas in a decade. There was 0% year-on-year growth in December, the worst performance since 2008. Not even pre-Christmas sales were enough to entice shoppers to the checkouts. Check out more about the dour Christmas performance over at BBC.

Emails are a painful but key part of modern life, making or breaking a business, forming or failing plans, and generally requiring a lot of consideration. However, writing a good email is an artform that many struggle with, but now Goodemailcopy.com is here to help. Offering a range of examples, you can learn from companies that have nailed it, and see how the pros get their message out there.