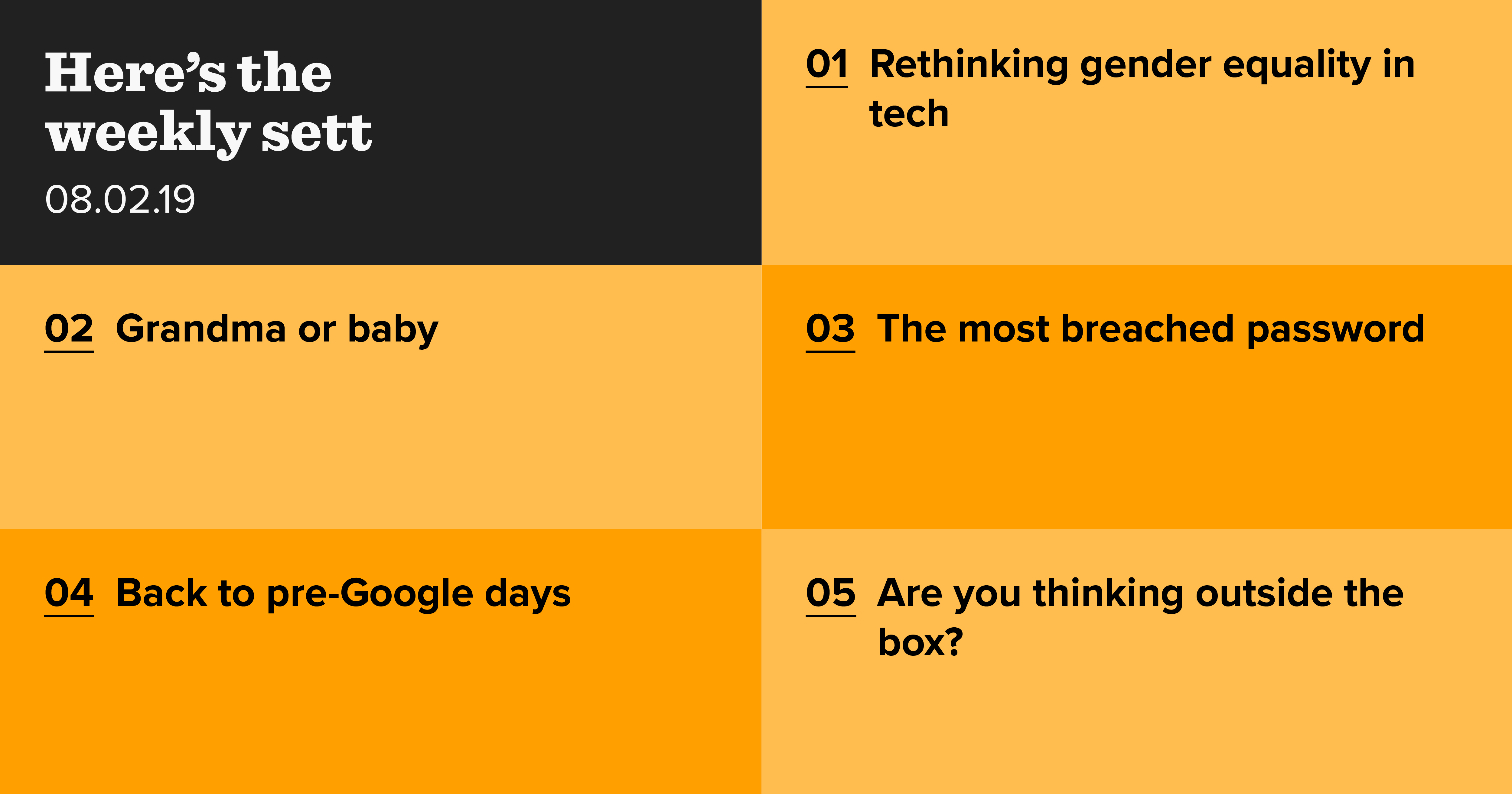 March is here, bringing with it the return of typical wet London weather. However, instead of digging out your dusty umbrella, get a cup of tea, pop your feet up, and read some of the best articles we’ve seen this week.

Increasing the number of women in software engineering has been an agenda point for the tech industry for some years now, with one solution being to encourage young girls to learn to code.  However, an opinion piece from Buzzfeed News notes that it’s not just getting girls to learn to code that's the issue, it’s far more complex. Beyond teaching them to code, organisations need to tackle the brogrammer culture that perpetuates gender discrimination, and girls need role models and female leadership in order to move beyond coding in a classroom.

Self-driving cars are making strides each day towards a future where everyone has a robo chauffeur. However, there’s a bump in the road: ethics. A new paper has released the analysis of MIT’s Moral Machine experiment which examines the ethics around how self-driving cars should prioritise lives. The experiment crowdsourced the ethical priorities of different cultures in the face of nine different self-driving scenarios. Should a self-driving car prioritise humans over pets, passengers over pedestrians, more lives over fewer, women over men, young over old, etc?

Overall, countries had different responses, aligning with cultural and societal norms of each country. Check out the full findings on MIT Technology Review, and  then ask yourself, who would you spare from a wayward self driving car- the baby or grandma?

Making passwords has become an artform, mixing something that may be remembered alongside something that hopefully isn’t hackable. The password ‘ji32k7au4a83’ may look secure, but analysis of the Have I Been Pwned site has found it has appeared in 141 data breaches. The Verge notes that this seemingly random password is so popular due to Taiwanese internet users finding that on a Taiwanese keyboard, the symbols spell out ‰ä“I–§áù, or “wǒ de mìmǎ,” which means “my password” in Mandarin.

Number four - Back to pre-Google days

Imagine your life without Google, Apple, Facebook, Microsoft, or Amazon. Everyday we interact with these companies in some shape or form, be it directly by searching Google using our iPhone, or unknowingly by going onto a website hosted by Amazon Web Services. One poor soul tried to give up the big five and found modern life quite difficult. See how the journalist fared over at Gizmodo, and count your lucky stars that you don’t have to relearn T9 texting.

Number five - Are you thinking outside the box?

Many British businesses are founded on cliches - thinking outside the box, giving it 110% and hitting the ground running. But what are the top cliches in UX? From ‘content is king’ to ‘people don’t scroll’ - how many cliches can you tick off from this Fast Company list.