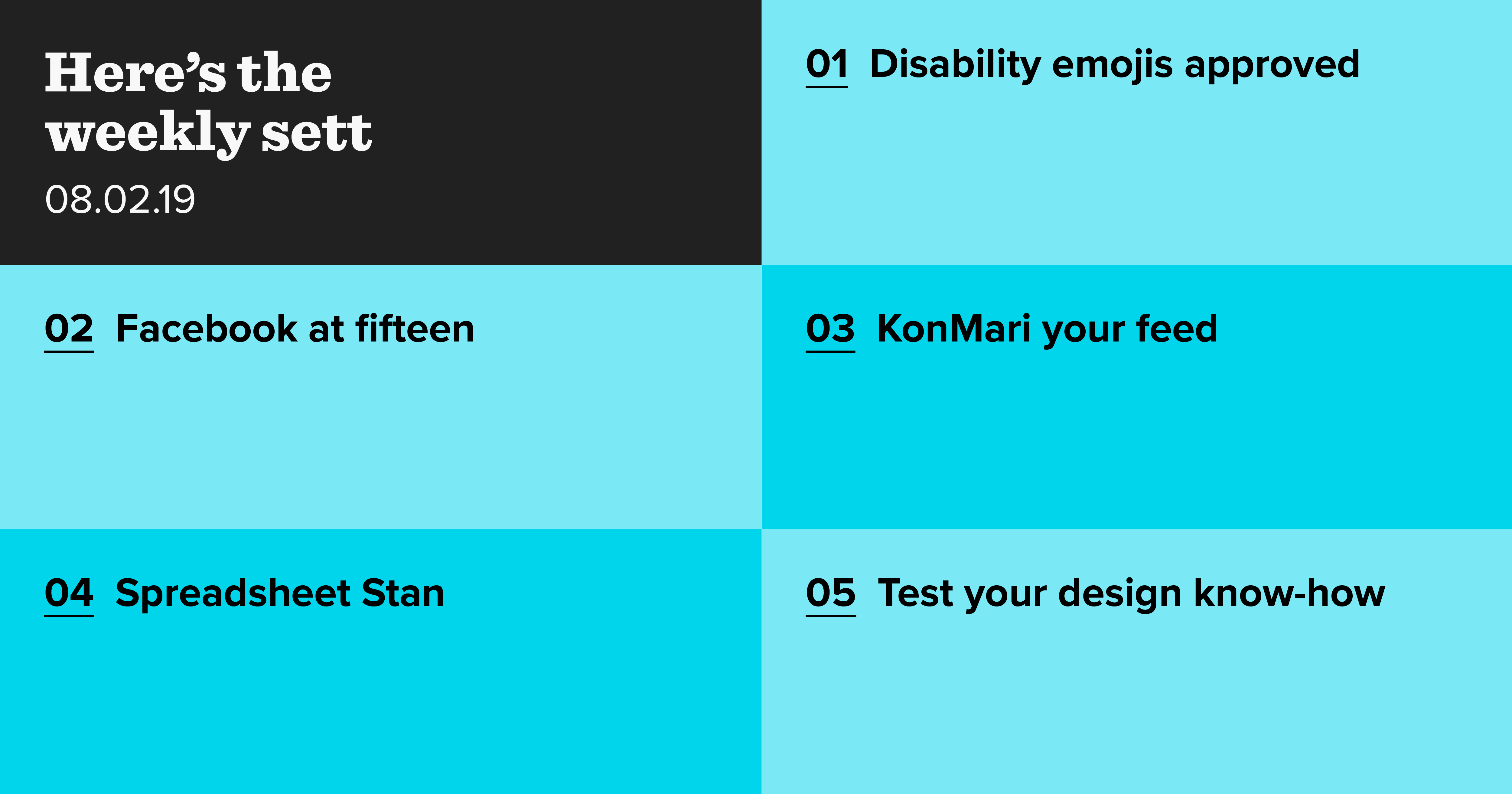 In between the threat of snow, the onslaught of rain, and glimpses of sunshine, we’ve stolen moments to find some great articles which you can read below.

Unicode, the California-based group who ensures different devices and apps can send emojis to each other, has announced the addition of 230 new emojis in what is the sixth major update to the official list. Included in this are a number of disability themed emojis, including hearing aids, wheelchairs, prosthetic limbs and guide dogs. You can check out some of the new emojis on BBC News.

This past week, Facebook turned fifteen. Recode notes that the past fifteen years for the social media platform have been defined by user growth. Since its conception ‘connecting the world’ has been Facebook’s mission, but as the last few years have shown, this goal can come at a cost. From starting off in a college dorm room, to growing so big it had more followers than Christianity, Facebook now faces challenges of being too big.

A new Twitter tool, Tokimeki Unfollow, can help your Twitter feed ‘spark joy’. Over the years, you may have followed a number of accounts that you can’t remember why you followed in the first place. But, fear not, this tool will help sort out your feed and KonMari those accounts that no longer spark joy. To learn more about the tool, check out TechCrunch.

Finding a passion, something that brings light and joy to your life, is something we all work towards. Some spend a lifetime searching for the activity that brings them happiness, others are lucky to find their passion quickly. The latter includes Ariel Fischman, whose hobby and lifelong passion has resulted in a Guinness World Record. Last May, Fischman was awarded the prestigious position of owning the largest collection of spreadsheets. In an interview with Fast Company, Fischman outlines why he collects spreadsheets, how he is hunting for the oldest spreadsheet, and just how he got the world record.

Design can sometimes be about the little things, the space around a text, the gap between logos, the just-right colour hue. You can put your design skills to the ultimate test with Can’t Unsee. With each question you gain points, but as the questions rise, so does the difficulty.