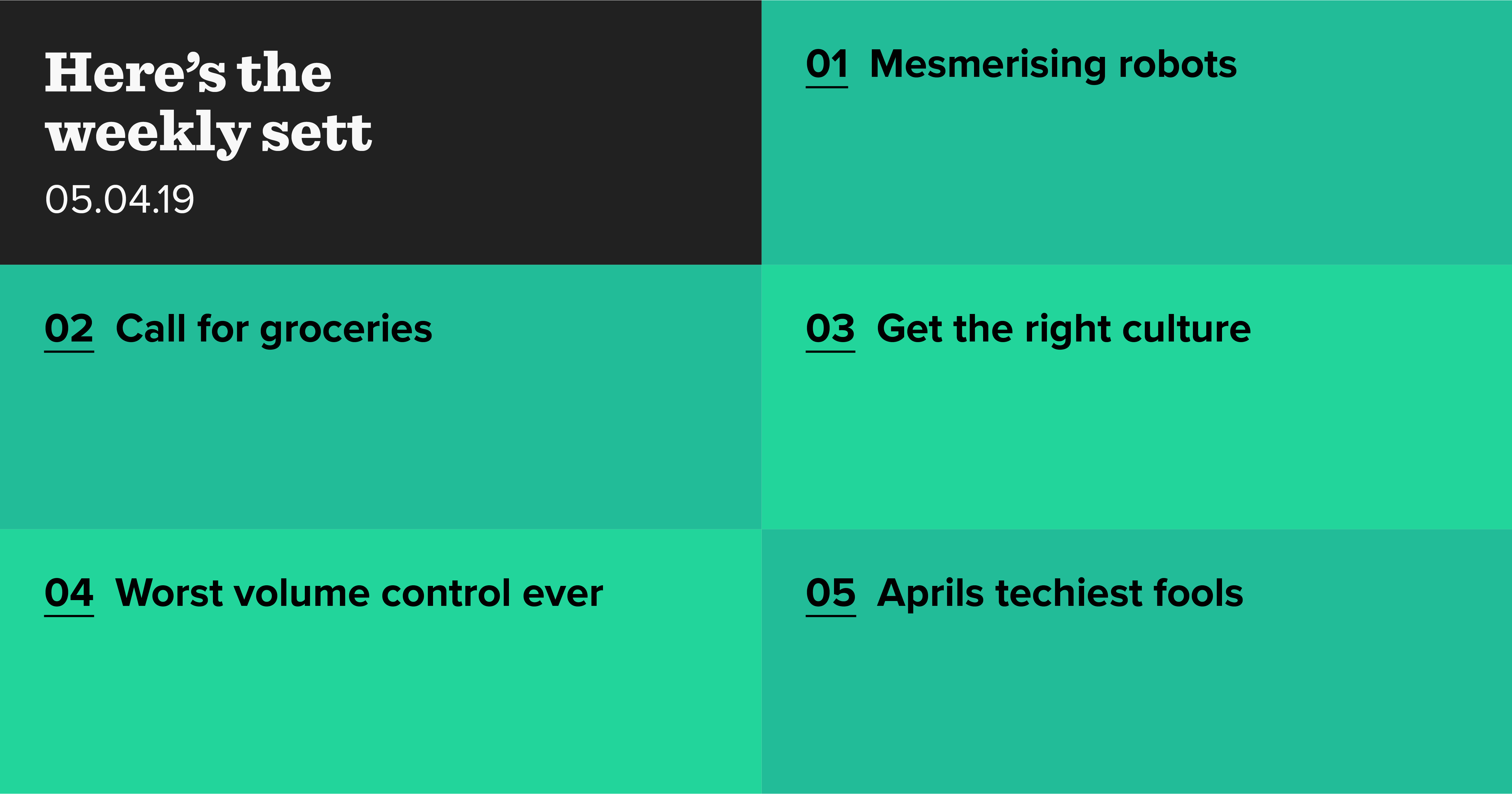 April is upon us, which means we’ve already seen some good pranks, tried to avoid the bouts of rain and enjoyed longer daylight hours. In between all that, we’ve read some really great articles, which you can too.

Boston Dynamics have released a new video of its Handle robot stacking boxes. Technology Review has outlined that this ‘mobile manipulation robot’ is designed for the logistics sector and can autonomously stack and unstack boxes on and off pallets. While there’s still a way to go before this tech is actually deployed onto warehouse floors, it’s still a mesmerising sight to behold.

Across the pond it was announced that Google Assistant will now allow customers to add items directly into their Walmart shopping carts with a quick “Hey Google, talk to Walmart”.  This new development in digital retail shows the growing trend of shopping via voice. Vox has outlined how the Walmart and Google partnership will be up against the Whole Foods and Amazon Alexa partnership, and how voice assistants are starting to change retail.

Number three - Get the right culture

Getting your engineering culture right could make or break your digital projects. As such, our very own Jon Yardley has outlined to IT Pro Portal how businesses need to do right by their engineering departments and reassess their culture.

If you’ve been scrolling around Reddit, you may have seen a thread from developers who have developed the worst volume control interfaces in the world. UX Collective has rounded up some of the most stupefyingly complicated interfaces, including a curling based volume control.

The beginning of this week was the day that makes a fool out of us all; April Fool’s Day. The Verge has created a round up of what the tech world got up to on this mischief-filled day. Hijinks included a Google screen cleaner, a real life Duolingo notification, and some cup noodles headphones.