WWW at thirty, small user testing defence, and a week with VR 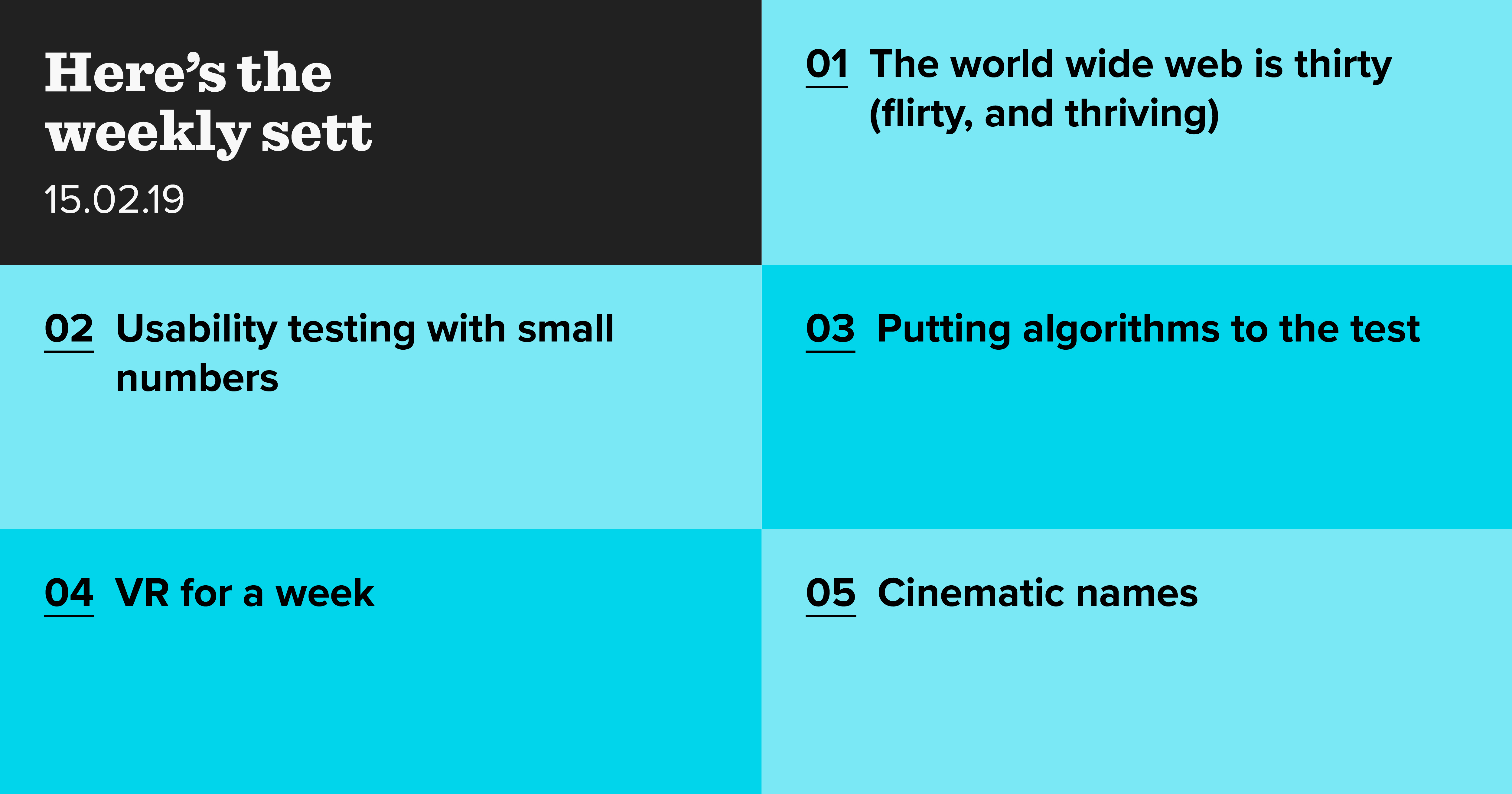 As certain events heat up and the weather gets more and more allegorical, here’s some of the week’s most interesting articles to distract you.

Number one - The world wide web is thirty (flirty, and thriving)

With testing, a designer can see a user in action interacting with their design, and better understand a user perspective. However, stakeholders may have issues with these small scale tests; they may not be representative of their user, it’s too small a sample of users, etc. However, Nielsen Norman Group has outlined the responses you can give to those objecting stakeholders, from giving a proactive exclamation to letting them hear directly from the users.

Algorithms are increasingly used beyond showing you an ad for shoes or showing you what you may have missed on Twitter; instead they are now subject to higher stakes. For example, algorithms can now send you to jail. But Quartz argues that if we are putting higher stakes on this type of technology, it should be subject to higher testing, on the same level new drugs are subjected to. Both drugs and algorithms impact human lives, and both need to have the benefits and risks under check.

Number four - VR for a week

Virtual Reality (VR) has gone from being a mere Matrix-esque idea, to being a fully realised tool with multiple environments, games, and tools to use with affordable VR sets. While there are still ways to go before we reach a Black Mirror level of VR, Disrupt has put VR to test by living completely in the virtual world for a week. In this created world, away from physical space (other than his room) and external temporal changes, you can see just how great VR is, how far it has to go, and just what the tech can really do (including inducing a little bit of claustrophobia).

For those who love naming things, statistics and graphs, you will love Mary Zam’s Cinematic Names research which compares the 50 most popular US names from the past six decades with the popularity of names in movies and tv shows released in the last year. While Sophia, Abigail, Mason, and Dylan are popular across the decades, their cinematic equivalents are sparse. Also, if you’re called Candy, Tiffany, Randy, or Chip - it’s likely that your life may be a comedy film.